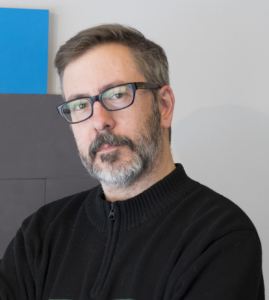 Felicia Baca, visual arts program manager with the Utah Division of Arts and Museums, will be the city’s new Arts Division director, and Kristian Anderson, executive director of the Utah Museum of Contemporary Art, will be Biskupski’s senior adviser for arts and culture.

Baca, who has been in her current position since 2012, oversaw all aspects of the division’s visual arts program, including exhibitions, community partnerships, funding programs and events. The division’s Visual Arts Program operates two gallery spaces in Salt Lake City, as well as maintains Utah’s state-owned art collection with works on display at the Governor’s Mansion, the Capitol and the Scott M. Matheson Courthouse. The program also oversees a number of temporary and travelling exhibitions, and the Visual Arts Fellowships.

In her role as division director, Baca will also serve as the executive director of the Arts Council Foundation.

As executive director of the Utah Museum of Contemporary Art, Anderson was responsible for overseeing all functions of the Salt Lake museum. During his tenure, the museum launched the acclaimed Out Loud Program, an artistic platform for youth voices in the LGBTQ community, as well as expanded museum’s Artists in Residents program, which promotes the work of artists living and working in Utah.

Anderson has also served as director of the Association of Academic Museums and Galleries in Seattle, the Jacob Lawrence Gallery in Seattle, and the UMC Art Gallery at the University of Colorado. He is currently the treasurer of the Salt Lake Area Restaurant Association and a board member of Women’s Ski Jumping USA.

PHOENIX – Gov. Ducey’s Executive Order has laid out a