Candlebox with Aeges at BLK Live

Candlebox, the influential, multi-platinum rock band from the powerful 90’s Seattle music movement, returns with their long-overdue sixth album Disappearing in Airports on April 22. The new album showcases the group’s introspective and poetically candid songwriting with their signature musical immediacy.

Formed in Seattle in 1991, Candlebox went quadruple platinum with their 1993 self-titled debut and released two more acclaimed and top-selling albums (1995’s Lucy and 1998’s Happy Pills) before going on a hiatus in 2000. Candlebox regrouped with a 2006 tour, then put out Into the Sun in 2008, followed by 2012’s Love Stories & Other Musings. Candlebox remains one of the most highly requested and played groups on radio, including the band’s mega hits “Far Behind” and “You.”

For Disappearing in Airports, the band worked with producers Carson Slovak and Grant McFarland (August Burns Red, Everclear, Rivers of Nihl), cutting the record at Think Loud Studios in York, Pennsylvania. With Martin, Dave Krusen on drums, Adam Kury on bass and the addition of guitarists Mike Leslie and Brian Quinn, the recommitment to creating music that is ‘pissed and urgent’ as well as bringing a new energy to the live show is at this records’ core. 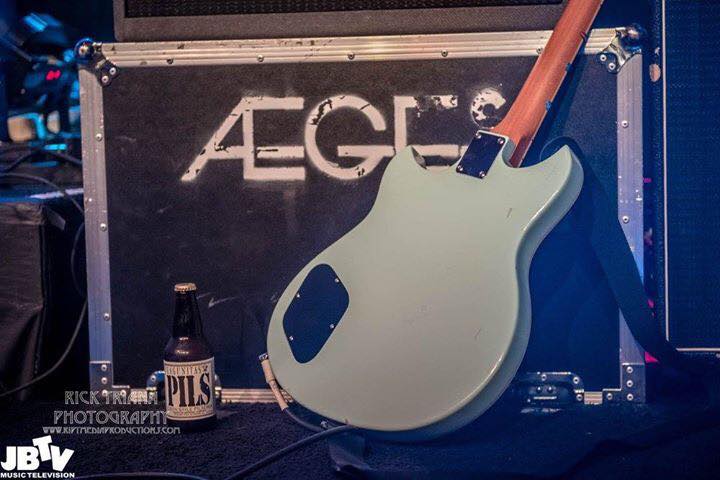 from diverse musical backgrounds united by their shared love of loud

drummer Mike Land and bassist Tony Baumeister have concocted a

ÆGES has made the improbable marriage of massive extremes their

hallmark, steering beyond the simple combination of sonic crunch and

melodic hooks into a hypnotizing and enchanting lane occupied by

pioneering acts like Queens Of The Stone Age and Soundgarden.

The group has earned accolades from respected outlets like

like Fun Fun Fun Fest, Power Of The Riff, and South By Southwest.

The interplay between Walters and Clark in particular is an absolute

standout all over Weightless, the most fully realized work from ÆGES

and unrelenting passion simply blow the doors down.

Weightless is as fierce and chaotic as it is earnest and atmospheric.

For their first album with Another Century, ÆGES worked with veteran

Middle Class Rut), with additional production on a couple of the

Weightless tracks handled by the band themselves.

The Bridge (2012) was a guitar driven affair whose singular focus

gave way to the even bigger sonic tapestry found onAbove & Down

Below (2014), cementing ÆGES as four players with distinctive strengths

that combine to make something virtually unrivaled today, as clearly

evidenced by every single song on Weightless.

Shape by Foo Fighters, and Superunknown by Soundgarden.

melodies, and delays veering between dense and sometimes sparse.

power cohabitate with transcendent catchiness throughout, as various

combinations of sonic strength and spacey noise build tension that is

both organic and dramatic, earning each of the album’s biggest moments

with authentic earnestness. ÆGES has mastered the slow psychedelic

jam as well, intertwining all of these elements with desert rock, flashes of

prog, and thick guitars that ebb and flow.

ÆGES is prone to experiment with dissonant sounds without the

pretensions of art – rock; they swing for the fences with unabashedly huge

vocal hooks, without the vapidity of pop rock. This is a band with

unstoppable potential, owing much to the fact that they can shake the

earth with grandiose bombast without the boundaries and limitations of

With nothing tying ÆGES down, their future is truly Weightless.