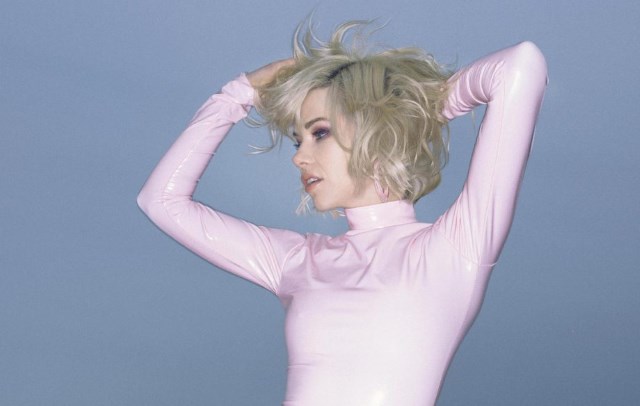 On the follow-up to her U.S. debut album Kiss—a 2012 release featuring the Grammy Award-nominated, multi-platinum-selling breakout hit “Call Me Maybe”—singer/songwriter Carly Rae Jepsen brings new depth and dimension to her undeniably hooky but heart-driven breed of pop music. With a sense of pure feeling and passion inspired by classic pop records of the early ‘80s, E·MO·TION finds Jepsen conjuring up pop’s most thrilling paradoxes and delivering songs both carefree and introspective, tender and bold, sensitive and self-assured. “The one intention I had going into making this album was to take my time and create something I was really proud of—something that showed sides of me that I hadn’t ever revealed in my music before,” Jepsen says.

The result of years of experimentation and creative soul-searching, E·MO·TION includes lead single “I Really Like You,” a Billboard Top 40 hit praised as “pop perfection” by BuzzFeed and “mind-blowing, fantastic, catchy-as-hell pop” by Idolator. Though Jepsen first sketched out many of the album’s tracks on the back of her tour bus while traveling the world in support of Kiss, she also teamed up with songwriters like Sia, Devonté Hynes (aka Blood Orange), and Ariel Rechtshaid (Haim, Madonna, Vampire Weekend) in bringing E·MO·TION to life. When it came time to record, Jepsen journeyed from New York to L.A. to London to Stockholm to join forces with such producers as Mattman & Robin (Tove Lo, Taylor Swift), Greg Kurstin (Charli XCX, Katy Perry), and Carl Falk and Rami Yacoub (Ariana Grande, One Direction).

With its bright and shimmering layers of melody and texture, E·MO·TION gracefully captures both the joy and risk in following your heart. “A lot of the album’s about me trying to get some power back,” Jepsen says. “I’d recently broken up with someone and moved to New York, so it was a scary new world for me—but at the same time I felt like I was coming into my own.” And in naming the album, Jepsen decided to go for a deceptively simple title. “At a photo shoot one day I was looking at the definition of ‘emotion,’” she recalls, “and I loved the example that went along with it: ‘She was attempting to control her emotions.’ In some ways that’s exactly what I was doing with all these songs.”

Kicking off with the slow-burning but epic “Run Away with Me,” E·MO·TION begins by twisting restless longing into blissed-out escapism (“That song’s about being away from someone for so long and having to make this one weekend together count,” Jepsen explains. “It’s totally romantic and not very real-life, but there’s something kind of magical in that”). From there, E·MO·TION leads into its title track, whose stark beats and airy synth brilliantly play against lyrics channeling desire and empowerment (“Tell me there is nothing I can’t have and nothing you won’t do”). With “All That” (a “Best New Track” pick on Pitchfork), Jepsen offers up a lush and dreamy, piano-laced ballad hailed by Rolling Stone as “a Paisley Park-esque slow jam reminiscent of Prince’s Purple Rain classic ‘The Beautiful Ones.’” On the breathless and hypnotic “Gimmie Love,” E·MO·TION slips into a sensually charged and sweetly demanding piece of retro-dance-pop. And for the moody and urgent “Your Type” (a song about “someone I was stuck in the friend zone with, and trying to come to terms with that”), Jepsen uses her sly vocal play to take on the kaleidoscope of feelings inherent in unrequited love: jealousy, regret, heartache, and unbreakable hope.

The first burst of inspiration for E·MO·TION’s heart-on-sleeve sensibility came to Jepsen several years ago, after catching a Cyndi Lauper concert in Japan. “I was really struck by the quality of the songs—how they were incredibly catchy but also so emotional,” says Jepsen. “It seemed like a pretty common element of ‘80s pop, and it made me want to explore that dynamic in my own music.” That exploration continued during her 2014 run starring in the Broadway production of Rodgers & Hammerstein’s Cinderella, for which Jepsen earned rave reviews. “Rodgers and Hammerstein is so beautiful, but you do need a palate cleanser every once in a while, so on my morning runs I’d listen to a lot of old-school Prince and early Madonna,” she says.

As she crafted the songs that would eventually make up E·MO·TION, Jepsen took a pressure-free approach and allowed herself unlimited time and space to find the sound and feel that best represented her growth as an artist. “Taking so much time to work on these songs and making sure there wasn’t one track on the album I didn’t completely love, I really felt like I got back to the spark that writing songs gave me back when I started making music,” she points out. That spark first hit when Jepsen was a teenager growing up in British Columbia, raised on soulful singer/songwriters like Van Morrison and James Taylor. “My first attempt at a song was a letter to a boy I liked,” she says. “It was all very amateur, but I was hooked right away and just loved the rush of finding melodies that reflected what I was feeling.” Several years after independently releasing her first album (2008’s Tug of War), Jepsen landed a deal with Schoolboy Records/Interscope and soon made her major-label debut with Kiss. Along with “Call Me Maybe”—which climbed to #1 on the iTunes Singles charts in more than 47 countries, sold over 17 million singles worldwide, and earned Jepsen 2012 Grammy Award nominations for Best Pop Solo Performance and Song of the Year—Kiss featured follow-up hit “Good Time,” a duet with Owl City that’s now been certified double-platinum.

Through immersing herself in the intense songwriting process that yielded E·MO·TION, Jepsen ended up having to do away with over a hundred songs. “Writing so many songs and then narrowing it down to the few that actually wound up on the album was rough in a lot of ways—it’s hard to kill your darlings,” she says. “But despite all that it never felt like work, because I really do love writing so much.” And for Jepsen, the ultimate reward of all that effort lies in her connection to each listener. “So much of why I love those ‘80s pop songs has to do with their timelessness, and the way you can so easily fit them into your own life,” she says. “As much as all the songs on E·MO·TION are personal to me, I really just want everyone to let them be their songs, their emotions. The best feeling to me is that we can all share the same stories, even if we don’t know each other.” 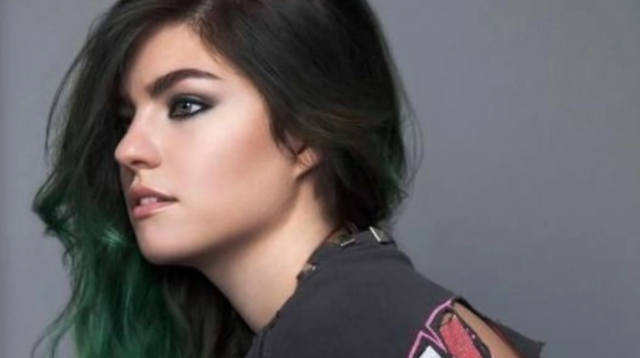 Pop singer/songwriter Phoebe Holiday Ryan combines the effervescence of Carly Rae Jepsen and coolness of Tove Lowith a sharp attention to pop hooks like contemporaries Dayaand Chvrches. Born in Dallas, Texas, Ryan was raised in oceanside Rumson, New Jersey, where she was in a Grateful Dead cover band in high school. However, her own music is a sharp detour from the likes of Garcia and company. Honing her craft at Clive Davis‘ Institute of Recorded Music at New York University, she graduated in 2013 and moved to Los Angeles to pursue a joint songwriting and solo career. Her earliest work included songwriting for a diverse mix of artists like Oh Honey, Tritonal, Skizzy Mars, Bea Miller, and Melanie Martinez. Eventually, she would pen a track for Britney Spears (2016’s Glory track “Man on the Moon”). In 2015, she released a cover mash-up of R. Kelly‘s “Ignition” with Miguel‘s “Do You.” That track would appear on her debut EP, Mine. She signed with Columbia Records, and in 2016 released the single “Chronic.” (The same day that song was released, “Chronic” remixers the Knocks released an album that featured Ryan‘s vocals on the track “Purple Eyes.”) Another single, “Dollar Bill” featuring rapper Kid Ink, arrived months later, with the hook-laden “Dark Side” dropping in early 2017. A handful of singles including the Blackbear-assisted “Forgetting All About You” led up to the release of Ryan‘s second EP, James, in October of that year. Two non-album singles, “Almost Back” with Kaskade and LöKii, and “Middle Finger” with Quinn XCII, arrived in 2018.