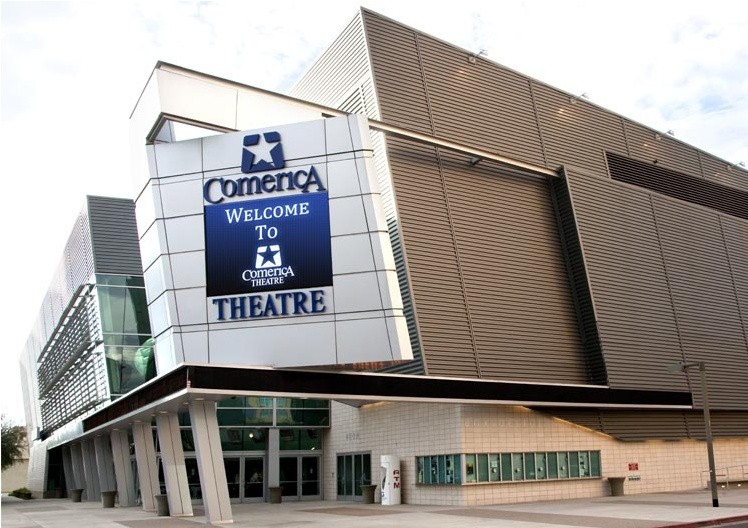 Ever since 2010, when Gary Clark Jr. wowed audiences with electrifying live sets everywhere from the Crossroads Festival to Hollywood’s historic Hotel Café, his modus operandi has remained crystal clear: “I listen to everything…so I want to play everything.” The revelation that is the Austin-born virtuoso guitarist, vocalist and songwriter finds him just as much an amalgamation of his myriad influences and inspirations. Anyone who gravitated towards Clark’s, 2011’s Bright Lights EP, heard both the evolution of rock and roll and a savior of blues. The following year’s full-length debut, Blak And Blu, illuminated Clark’s vast spectrum – “Please Come Home” is reminiscent of Smokey Robinson, while “Ain’t Messin’ Around” recalls Sly and the Family Stone. 2014’s double disc Gary Clark Jr–Liveprojected Clark into 3D by adding palpable dimension and transcendent power –– songs soared and drifted from the epic, psychedelic-blues of “When My Train Comes In” to his anthemic, hip-hop, rock-crunch calling card, “Bright Lights”, all the way down to the deep, dark, muddy water of “When The Sun Goes Down”.

There are a handful of folks who have informed for the mélange of genres and styles, which comprise the genius of Clark. One is Michael Jackson. It was on Denver stop of MJ’s Bad Tour where a four-year-old Gary’s life was altered after witnessing The King of Pop. By the sixth grade, Clark would own his first set of strings (Ibanez RX20).

As a teen, Clark began making a local name by jamming with adult musicians around nearby clubs. He struck a balance by singing in the church choir with his sisters. That gritty & sweet combination imbues the honey-thick soul that oozes from his vocals today. The eclectic Texas circuit, though, was Clark greatest university, where another culprit in the GCJ genesis lives: Clifford Antone, ambassador of the Austin music scene. Antone’s nightclub granted Clark the honor of sharing the stage with local blues heroes like Jimmie Vaughn, Hubert Sumlin Jr, and Pinetop Perkins. This on-the-job training, combined with studying licks by literal Kings like BB, Albert and Freddie, observing the mastery of Curtis Mayfield, Miles Davis, Hendrix, Marvin Gaye, Parliament-Funkadelic, and digesting the fresh edge of Tupac and Biggie, lifted the guitar prodigy up into a multi-instrumentalist, adept scribe, and undisputed music festival champ.

Now, after spending the last five years transforming audiences from the California desert to the London metropolis, acquiring fans like Barack Obama, Keith Richards, Alicia Keys and Beyoncé along the way, the 6’4 Texan needs to spread his musical wings and spectrum hues wider. This exhibition will be Clark’s second full-length worldwide album, The Story of Sonny Boy Slim due from Warner Bros. Records on September 11th. The title’s inspiration is one half Clark’s Southern roots––those singers and local musicians who saw the future in this young man ––and other half, his acting debut in John Sayles’ 2007 film Honeydripper. A 23-year-old Clark played the fictitious Sonny, (in fact, already his family-given nick-name), a young musician who transformed the blues and R&B into rock and roll. On his latest, Clark isn’t trying to reinvent any wheel. He’d rather deploy as many wheels as possible in order to lead music fans toward his favorite destinations.

“The Healing” mashes blues and hip-hop into the 21st century with a Marleyesque message of hope and faith. This journey of the soul hits Mississippi on the Delta jam of “Shake,” before pulling into the spiritual station of“Church,” serving gospel made with the purist folk elements: hypnotic strum, sweet harmonica, and aloud prayers as painful as they are beautiful (dare we say, Dylan-esque). “Grinder” makes musical graffiti out of fierce, freeform wah-wah screaming that spars with rap-tough urban tension. The code is completed once Clark’s chordophone wails a salute to all guitar gods.

“Our Love” could’ve easily been a standard in any decade past or present; “Down To Ride”, an avant-garde, soul love letter with its sensual falsetto, classic Casio synths, and outer-space guitar fade, fits into fresh unexplored sonic territories. The trippy flight “Wings” is Clark’s most modern flip as the Outkast fan is heard in his lyrical prime: “We got issues and people get misused/and girl I miss you/but I know that we’ll get through what we go through.”

Sterling songwriting is where Mr. Clark’s evolution is arrayed best. Never has his pen’s moonshine been so in tune with the times. The Lone Star diamond gleams brightest when he’s sketching then voicing his country’s current and evergreen socio-economic tensions simultaneously. When he’s progressing the art of blues by replacing hopeless conclusion with empathy and strength. When he’s reintroducing and redefining red, white, and blue music. “Hold On,” impressively captures the struggle of being African-American in any era by stirring a pungent punch of Curtis Mayfield, Gil Scott-Heron and Buddy Guy influence over some serious (and visual) commentary. “Seems like new news is the old news from a different angle/another mother on TV crying cause her boy didn’t make it/She said, What am I gon’ do? What I’m gon’ tell these babies?”

A 2015 reply is offered on the all-consuming space-age funk of “Star.” “I am devoted to seeing you shine on,” could be a message in falsetto from Clark to those babies, his country, his family, and his innermost self. With a musical palette as gracious and glorious as Gary Clark Jr’s, the target is most likely all of the above. As Clark put his mojo in full motion on the album’s opening track, “The Healing”, he eloquently states his subtle and underlying theme that “this music” is our hope, faith and ultimate healing. 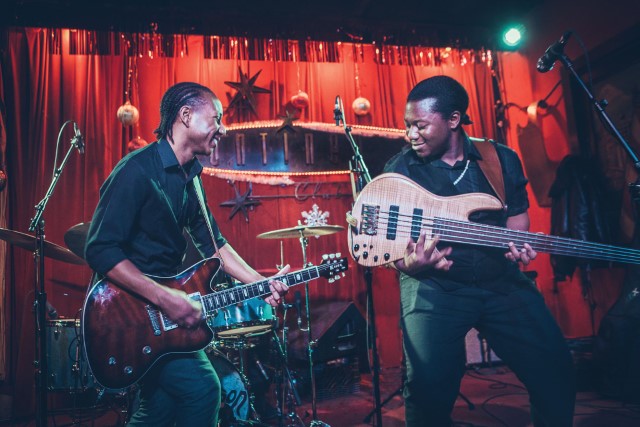 The Peterson Brothers combine youthful energy and modern influences with soul, funk, blues & jazz to a create a sound that is uniquely their own. Their live shows feature jam-band style improvisation.

Led by Glenn Jr. and Alex, the Peterson Brothers have toured throughout the United States, and had the opportunity to play with and open for the likes of Gary Clark Jr., Robert Randolph and the Family Band, Kenny Wayne Shepherd, Buddy Guy, the late B.B. King and other musical greats. They have also played festivals throughout the U.S., including the Chicago Blues Festival, Minnesota State Fair, Riverbend Festival, Austin City Limits Festival, Ogden Roots and Blues, King Biscuit Festival, Old Settler’s Music Fest, Kerrville Folk Festival Lancaster Blues & Roots, Allentown Blues, Brews & Barbecue, and many more.
With a standing room only weekly residency at Austin’s famed music hall, The Continental Club, the Peterson Brothers have been referred to as, “The future of Austin music” by Mark Murray of Sun Radio, and “Some of the most talented musicians I have seen come out of Austin” by Jamfeed.
+ Google Calendar+ iCal Export