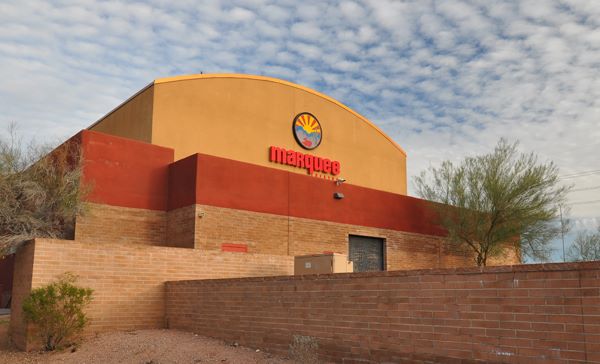 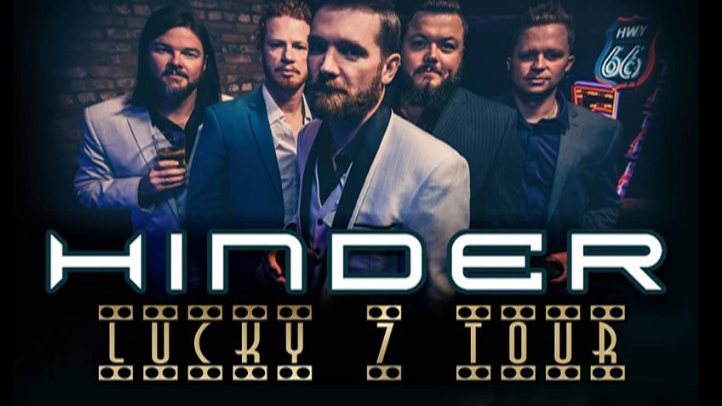 Multi-platinum rockers, Hinder, have sold over 3.8 million albums, more than 7.5 million singles, garnered north of 130 million video views, racked in 80 million spins on Spotify, and counting. On May 13, 2016, they released their first-ever acoustic EP Stripped.

Stripped followed their fifth full-length album When The Smoke Clears. When The Smoke Clears entered the Billboard 200 while also claiming four other Top 10 chart positions upon its May 12, 2015 debut. With over a decade-long career under their belts, and having honed their chops touring with the likes of Mötley Crüe, Nickelback, Aerosmith and Papa Roach, their album When The Smoke Clears breathed a new sound, and new air, into the ever-evolving band. When the Smoke Clears runs the gamut from rowdy rock to subtle country influence, to memorable pop hooks; all of which retain the DNA-distinct spirit of Hinder. That ability to walk the tightrope between genres, without a net, is something the band has had fun with in creating the new album.

As one of the few bands to have massive cross-over success, Hinder’s debut album Extreme Behavior climbed to #1 on Billboard’s Top Heatseekers chart and made its way to #6 on The Billboard 200 chart. The album featured one of the biggest songs of the year, “Lips of an Angel” – a Top 5 hit across EIGHT Billboard singles charts (including #1 on Top 40). Their sophomore effort, Take It To The Limit surpassed their debut, peaking at #4 on The Billboard 200, solidifying Hinder as the biggest new breakout rock act and catapulting them into packed arenas worldwide with their explosive live show. Proving they consistently make hit records, the band followed the first two albums up with a #1 Top Modern Rock/Alternative Album (All American Nightmare), and a #3 Top Hard Rock Album (Welcome To The Freakshow).

With increasing social media stats (1.6 million Facebook followers), it’s clear that Hinder fans are along for the ride and as hungry as ever for more. 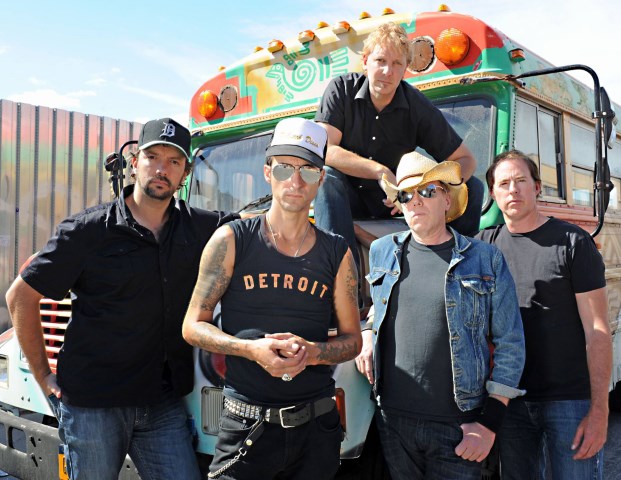 Sponge has proven to be one of the Motor City’s heaviest hitters after gaining international notoriety with their debut album “Rotting Piñata” (Sony). Emerging from Detroit with hits like “Plowed” and “Molly (16 Candles)” Sponge received massive airplay on radio stations from coast to coast and were in heavy rotation on MTV. Both “Plowed” and “Molly” hit #5 on Billboard’s Modern Rock Charts, catapulting “Rotting Piñata” to Gold, and ultimately Platinum status.

Sponge’s subsequent releases “New Pop Sunday,” “For All The Drugs in The World,” “The Man,” “Galore Galore,” and “Destroy the Boy,” showcased the band’s swirling sonic attack, rooted in 70’s glam and of course, the Motor City influences of The Stooges, The MC5 and Motown-but still sounding distinctly like no one else.

“Plowed” continues to be the band’s signature rock track, having been spotlighted on Guitar Hero’s “Warriors of Rock – 90’s Rock Track Pack” – and on the Paper Jamz Guitar Series 2, in addition to the soundtrack for the Gerard Butler surf movie “Chasing Mavericks.”

Sponge is now touring in support of a brand new release – “Stop the Bleeding.” The full-length disc incorporates the traditional “Sponge sound” in addition to exploring edgier, industrial grooves, most apparent on the band’s twisted cover of “Time in a Bottle.”

Having shared stages the world over with Guns N’ Roses, Nickelback, Iggy Pop, Soundgarden, Alice in Chains, Kiss, to name just a few, Sponge continues to be one of rock’s most sought after live acts. Front man Vinnie Dombroski captivates audiences with his powerful voice, heart-on-his-sleeve lyrics and high-octane stage presence.

Now as part of the stellar Summerland Tour – hitting sheds and amphitheatres across the U.S. this summer, Sponge is poised to bring its potent brand of Detroit rock to the masses, once again proving that rock never stops.