I Prevail, ISSUES + Justin Stone at The Van Buren 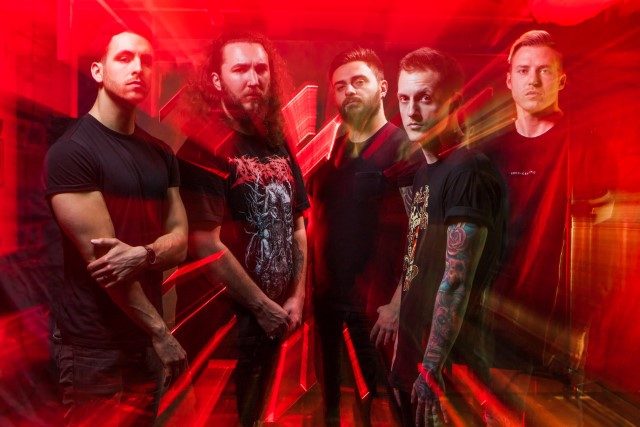 Innovators refashion, reup, and recharge the genre in order to usher it forward. Gold-certified Michigan quartet I Prevail not only redefine themselves on their sophomore offering, Trauma [Fearless Records], but they also redefine the genre for tomorrow’s generation. Flipping the script, the group—Brian Burkheiser [clean vocals], Eric Vanlerberghe [harsh vocals], Steve Menoian [lead guitar], and Dylan Bowman [rhythm guitar]—uplift rock to a plateau where soundscapes can unpredictably toss and turn between heavy metal, alternative, hip-hop, and electronic moods without warning, boundaries, or rules. Meanwhile, the lyrics team with confessional emotionality as if ripped from the pages of a secret diary.

Vulnerable, vital, and visceral, the 15-track opus illuminates the future—and it’s as bright and bold as each anthem is.

Since their arrival in 2014, they set a precedent to catalyze rock’s evolution. They put up astounding numbers rarely synonymous with the genre or their peers for that matter. Nearing half-a-billionstreams and 115 million YouTube views, they moved over 500,000 albums worldwide, saw “Alone” become a Top 5 Active Rock radio smash, won “Best New Artist” at the 2017 Radio Contraband Awards, took home “Hard Rock Song of the Year” at the 2017 Loudwire Music Awards, and played 500-plus shows in just three years. Not to mention, they achieved a gold single in the form of their take on Taylor Swift’s “Blank Space” from the Heart Vs. MindEP. They made a mark in the most old-fashioned manner possible, by writing undeniable songs that connected to millions.

Even in the wake of these achievements and accolades, Traumaalmostdidn’t happen…

As the band inched towards mainstream ubiquity in the public eye, Brian endured a private hell. He persevered through a debilitating vocal injury with the potential to end his career. Ashamed and fighting to steadfastly power through, he retreated inward. The singer sequestered himself at home for weeks at a time. The doorbell, phone calls, and texts went unanswered as he confronted every vocalist’s worst fear head-on.

Despite emerging from this battle victoriously, the aftershocks of his trials reverberated in the form of intense anxiety and mental stress, effecting every facet of his life. In the midst of this personal war, he found himself plagued with thoughts of leaving I Prevail.

Nevertheless, he made a promise to himself in early 2018. He didn’t just decide to make another record, but he and his bandmates agreed to unapologetically do so on their own terms without any outside input. Enter producer Tyler Smith [Falling In Reverse] who shocked their vision to life. Together, they spent the next ten months architecting what would become Trauma.

Now, the first single “Breaking Down” emits tense vulnerability on the verses punctuated by creepy vocal transmissions—“Everybody’s out to get you”—before a slick, yet seismic refrain. Glitchy electronics ensconce airtight riffing as the song subsides on the confessional chorus, “I think I’m breaking down.” Meanwhile, the opener “Bow Down” builds towards a bludgeoning groove and hard-hitting hook—among the heaviest in the band’s catalog. The admission “I think I’m paranoid”hypnotizes as it haunts on the aptly titled “Paranoid.” Elsewhere, songstress Delaney Jane duets with Brian on the emotionally charged “Every Time You Leave.” In many ways, “Rise Above It” codifies the album’s message. Enhanced by fiery raps courtesy of buzzing spitter Justin Stone, it climaxes on a confident and charismatic claim, “I will stop at nothing, because I was made to rise above it.”

I Prevail has risen above tragedy, expectation, and anything else life can possibly throw at them. With their own sound, style, and statement, these musicians represent the potential of rock music in 2019 and beyond. – Rick Florino, February 2019 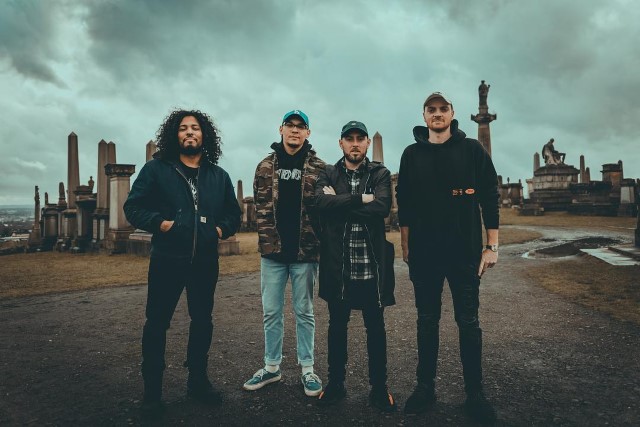 Issues are an Atlanta, Georgia metalcore band formed by former Woe, Is Me members Tyler Carter, Michael Bohn, and brothers Cory and Ben Ferris. Getting its start in 2012, the band — also featuring the talents of AJ Rebollo, Case Snedecor, Tyler Acord, and Jake Vintson (with the latter two being brought in to replace the Ferris brothers, both of whom left to pursue other interests shortly after the band was formed) — was quickly signed to Rise Records imprint Velocity just a few months after formation. Issues‘ first EP, Black Diamonds, arrived at the tail end of 2012. In early 2013 original drummer Case Snedecor left the band and was replaced by Josh Manuel. Issues entered the studio in mid-2013 to start work on their self-titled debut album, which was released in February 2014. A genre-blurring mix of metalcore, R&B-tinged pop, and Linkin Park-esquenu-metal DJ breaks, Issues debuted in the Top Ten of the Billboard 100. An acoustic EP, Diamond Dreams, was released later that year, featuring their 2013 stand-alone single, “Hooligans.” Issuesreturned to the studio in 2015 to record their sophomore LP, Headspace, which was released in May 2016. 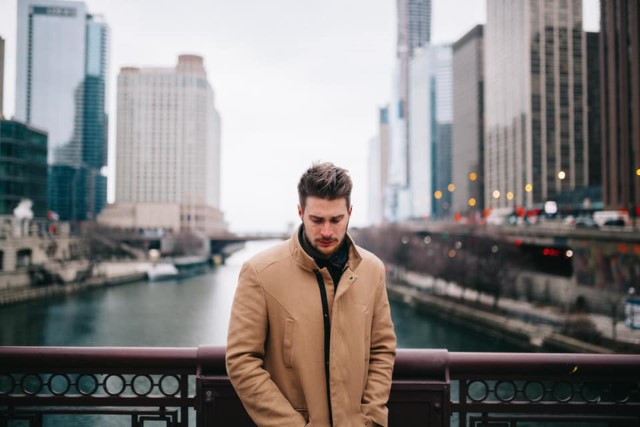 At 22 Years Old Justin Stone has acquired over 50 million Spotify streams Independently. With his confident persona & authentic lyricism Stone has been turning heads and building a cult like fan base. He debuted in April 2016 while working a door-to-door 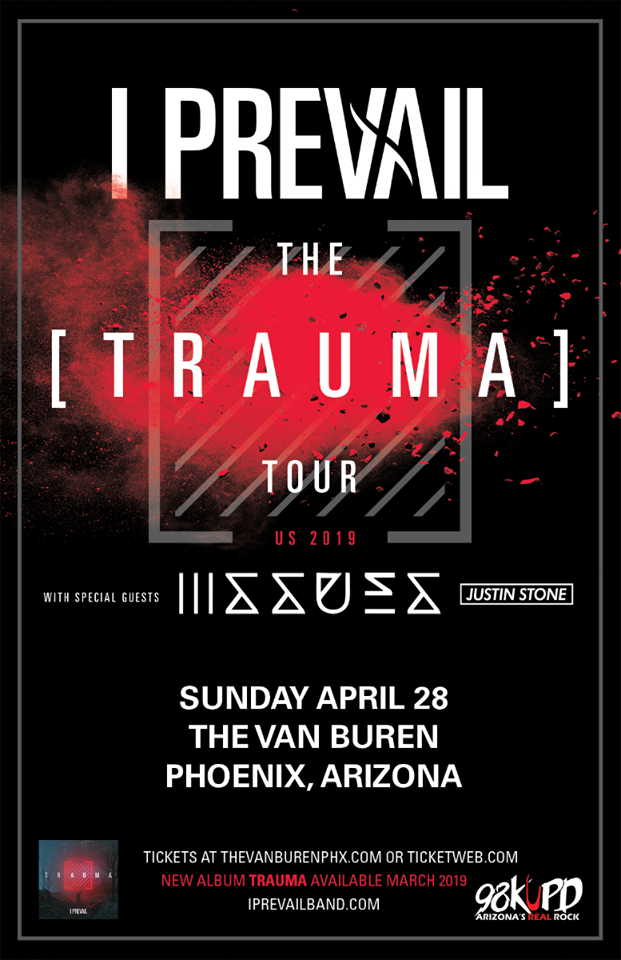