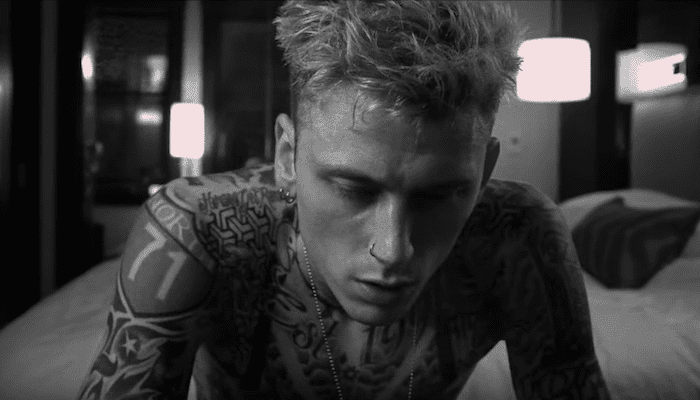 Delivering lyrics with the speed of a bullet train, Cleveland rapper Machine Gun Kelly (aka MGK) experienced a meteoric rise in late 2011. Born Colson Baker in Texas but raised in the Cleveland suburb of Shaker Heights, MGK began making news in 2009 when he became the first rapper to win amateur night at Harlem’s Apollo Theater. A series of mixtapes, including 100 Words and Running, Lace Up, and Rage Pack, came next, and a 2011 performance at SXSW was followed immediately by a meeting with Sean Combs. Kellysigned with Comb‘s Bad Boy imprint that night and released the single “Wild Boy” on the label that same year. The track featured special guest Waka Flocka Flame, and MGK‘s debut album, Lace Up, landed in 2012. During this time, he also signed a deal with Young & Restless to work on a clothing line. The Black Flag mixtape arrived in 2013, featuring appearances by French Montana, Pusha T, Meek Mill, Wiz Khalifa, and Sleeping with Sirens‘ Kellin Quinn. In 2015 he released his sophomore effort, General Admission, a dark, autobiographical LP released under the full name of Machine Gun Kelly. The album peaked at number four on the Billboard 200 and topped the R&B/Hip-Hop Albums chart. MGK released the “Bad Things” single in 2016. The duet with ex-Fifth Harmony member Camila Cabello became the first Top Ten single for both artists. In 2017, MGK issued his third full-length, Bloom. In addition to “Bad Things,” the effort included collaborations with Hailee Steinfeld (“At My Best”), Quavo and Ty Dolla $ign (“Trap Paris”), James Arthur (“Go for Broke”), and DubXX (“Moonwalkers”). Bloom debuted in the Top Ten of the Billboard 200, peaking at number three on the Top R&B/Hip-Hop Albums chart.

Following the success of the gold-certified third album, Bloom, he received an unexpected boost in 2018 from an unlikely source: major influence Eminem, who resurrected a 2012 beef stemming from off-hand comments about the Detroit emcee’s daughter. On Eminem‘s Kamikaze attack “Not Alike,” he lobbed a direct shot at MGK, who quickly responded with the biting diss track “Rap Devil.” As tabloid headlines swirled, the latter song entered the U.S. R&B/Hip-Hop chart Top 10, jumping to number 13 on the Hot 100. Capitalizing on the surprise boost in exposure, MGK issued the short album Binge, a dark, trap-influenced set that marked a return to form with focused flow and sly wordplay. Unencumbered by the star-studded distractions of the pop-friendly Bloom (rapper 24hrs is the only feature here), Binge debuted at number 24 on the Billboard 200, also charting in Canada, Australia, and New Zealand. In May 2019, he announced the impending arrival of his next album, Hotel Diablo, and released the single “Hollywood Whore.” 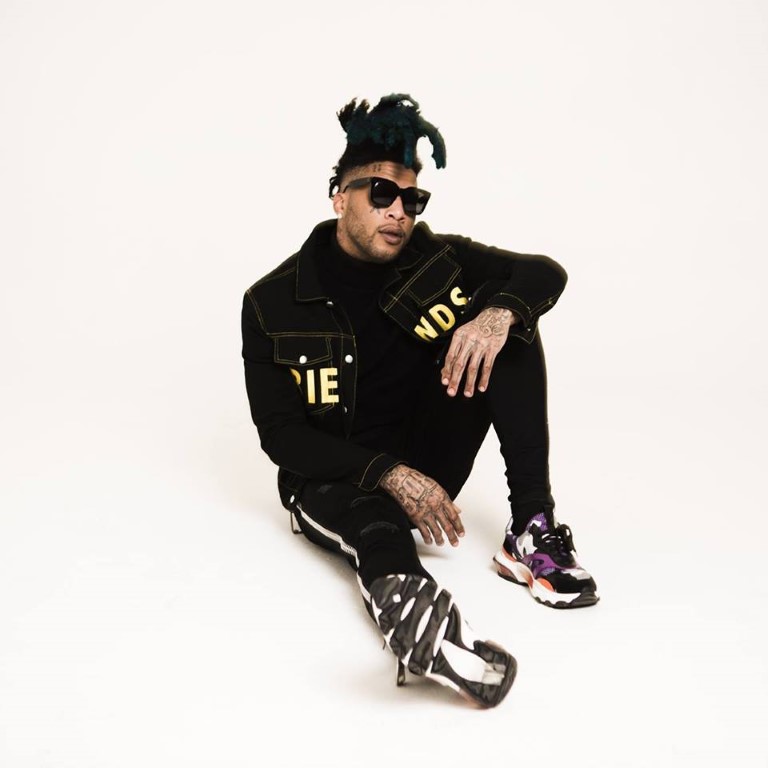 Crossing the traditional sound of Three 6 Mafia‘s tracks with more genre-expanding beats that appeal to the likes of Future, Atlanta producer TM88 launched his career in the Gucci Mane-associated crew 808 Mafia. Born Bryan Lamar Simmons in Miami, Florida, TM88 cut some tracks with Brick Squad artist Slim Dunkin before he formed 808 Mafia with fellow producer Southside. From 2012 to 2013, two self-titled mixtapes appeared from the crew while TM88 earned solo credits on numerous Gucci, Future, and Young Thug tracks. In 2014, he first worked with Wiz Khalifa. The MC then introduced TM88 to the co-owner of his Taylor Gang label, Juicy J. TM88 produced the former Three 6 Mafia leader’s solo cut “You and I 2016” featuring TY Dolla $ign, and was co-credited alongside Juicy and Wiz on that year’s Atlantic Records release TGOD Mafia: Rude Awakening. The collaborative mixtape debuted at number 26 on the Billboard 200 albums chart