Melanie Martinez: The K-12 Tour at The Van Buren

Melanie Martinez’s creative drive and talents have always distinguished her from other musicians. After releasing her platinum-certified 2015 debut album, Cry Baby—which reached No. 1 on Billboard’s alternative albums chart and has amassed over two billion streams worldwide —she conceived and directed a video for each song on the album. These mini-movies traced the traumas and insecurities experienced by the album’s character, Cry Baby.

Melanie’s sophomore album and film, K-12, is another ambitious triumph. K-12’s music is a vibrant and singular melting pot of low-key hip-hop, soulful pop and indie-leaning electro. K-12’s universe is an expansion of the one introduced in Cry Baby. Using lyrics rich with metaphor, songs address the struggle to find a place to belong—including within friendships, the physical world and romantically—even when fitting into society feels like an uphill battle.

To accompany the album, Martinez wrote and directed a 90-minute movie (also called K-12) that incorporates the album’s music and mirrors the themes and characters introduced. Filmed on location in Budapest, Hungary, the movie focuses on Cry Baby (portrayed by Martinez) and a class of students who find themselves trapped in a horror house-like residential school. As they experience the usual grade school rites of passage—a lunch room food fight, the embarrassment of gym class, a romance with nefarious intentions, courses taught by checked-out teachers—they have to figure out a way to escape. 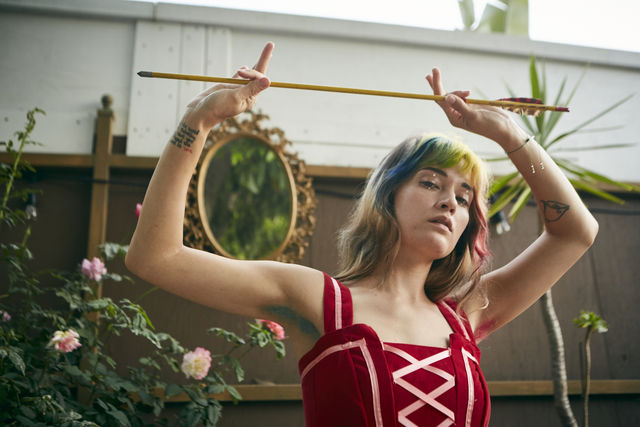 Lauren Ruth Ward’s music has spread like wildfire these past two years in LA after leaving her hometown of Baltimore. Her lyrics are secrets to strangers, writing about her life’s trajectory sharing both vulnerability and strength delivered with grit and vibrato. Her band re-creates 60’s rock and roll nuances, allowing Ward to release a powerhouse of raw, visceral emotion in their live show.