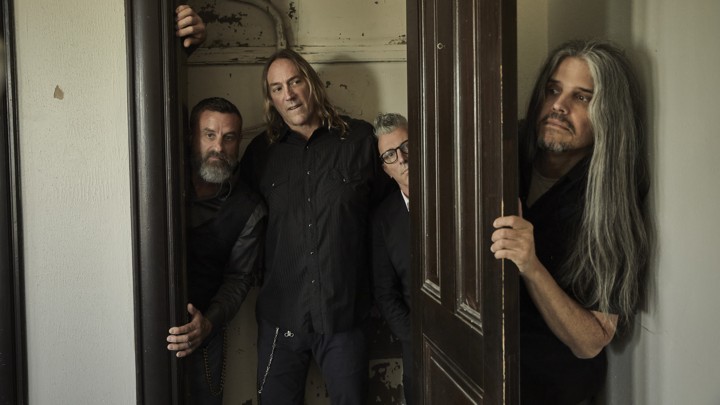 Tool’s greatest breakthrough was to introduce dark, vaguely underground metal to the preening pretentiousness of art rock. Or maybe it was introducing the self-absorbed pretension of art rock to the wearing grind of post-thrash metal — the order really doesn’t matter. Though Metallica wrote their multi-sectioned, layered songs as if they were composers, they kept their musical attack ferociously at street level.

Tool didn’t — they embraced the artsy, faux-bohemian preoccupations of Jane’s Addiction while they simultaneously paid musical homage to the dark, relentlessly bleak visions of grindcore, death metal, and thrash. Even with their post-punk influences, they executed their music with the ponderous, anti-song aesthetic of prog rock, alternating between long, detailed instrumental interludes and tuneless, pseudo-meaningful lyrical rants in their songs.

Tool, however, had a knack for conveying the strangled, oppressive angst that the alternative nation of the ea! rly ’90s claimed as their own. So, the band was able to slip into the definition of alternative rock during the post-Nirvana era, landing a slot on the third Lollapalooza tour in 1993, which helped their first full length debut album, Undertow, rocket into platinum status.

By the time the band delivered their belated follow-up, Aenima, in 1996, alternative rock had lost its grip on the mainstream of America, and their audience had shaped up as essentially metal-oriented, which meant that the group and the record didn’t capture as big an audience as their first album, despite debuting at number two on the charts. When their first full-length album was released in 1993 (they released an EP a year earlier), Tool won lots of fans with their grinding, post-Jane’s Addiction heavy metal. With their dark, angry lyrics and numbing guitar drilling, they appealed both to metalheads and alternative rock fans. When they landed an opening spot on Lollapalooza, their audience grew by leaps! and bounds; the increased exposure helped their debut album, Undertow, go gold. Its 1996 follow-up, Aenima, was also a success.

After a co-headlining slot with Korn on Lollapalooza ’97 wrapped up, Tool remained on the road, supporting Ænima until well into the next year. During their usual extended hiatus between albums, Keenan decided to use his downtime productively by forming a side project, dubbed A Perfect Circle. The band’s 2000 debut, Mer de Noms, was a surprise hit, while their ensuing tour was a sold-out success as well. With Tool break-up rumors swirling, the band put the speculation to rest by re-entering the recording studio and issuing the stop-gap B-sides/DVD set Salival late the same year. May 2001 finally saw the release of Tool’s third full-length release, Lateralus, which debuted at the number one position on the Billboard album chart and became the band’s biggest hit.

In 2004, working hard on a new album, even though singer Maynard James Keenan is wrapping up his tour with his other band A Perfect Circle. Bassist Justin Chancellor, drummer Danny Carey, & guitarist Adam Jones have been jamming away for the past couple months while Keenan has been on tour, and they’ve already got the framework for 10 to 12 new songs.

They have sent the early demo’s to Keenan to start the writing process on the lyric’s for the new album that could be out by Christmas, but the group may wait till early 2005. The band is also working on a Live DVD from the footage taken from the Lateralus tour, with plans of a summer release for that. So never fear, new Toolage is a-comin’. Tool might not disband disband until the end of 2005 or early 2006 – you’ll never know what will happen on their next big thing.. 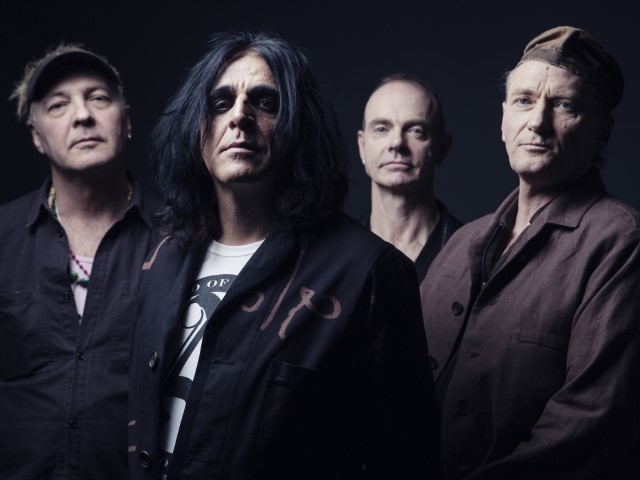 This immensely powerful post-punk UK band made their name through the combination of a furious rhythm section with near-psychotic performances from Jaz Coleman (Jeremy Coleman, 26 February 1960, Cheltenham, Gloucestershire, England; vocals/keyboards). The band came about when Coleman, of Egyptian descent, was introduced to Paul Ferguson, then drumming for the Matt Stagger Band. Coleman joined as a keyboard player, before they both left to form their own group. This first incarnation added Geordie (b. Kevin Walker, 18 December 1958, Chester-le-Street, County Durham, England; guitar) and Youth (b. Martin Glover, 27 December 1960, Africa; bass), who had made his first public appearance at the Vortex in 1977 with forgotten punk band the Rage. After relocating to Notting Hill Gate they paid for a rehearsal studio and borrowed money from Coleman’s girlfriend to release the Almost Red EP. Picked up by UK disc jockey John Peel, the band provided a session that would become the most frequently requested of the thousands he has commissioned. Via Island Records the band was able to set up their own Malicious Damage label, on which they released ‘Wardance’ in February 1980, notable for its remarkably savage b-side, ‘Psyche’. A succession of fine, aggressive singles followed, alongside live appearances with Joy Division.

By now Killing Joke was in a strong enough position to negotiate a three-album contract with EG, which allowed them to keep the name Malicious Damage for their records. After the release of a typically harsh debut album in 1980, the band was banned from a Glasgow gig when council officials took exception to posters depicting Pope Pius giving his blessing to two columns of Hitler’s Brown Shirts (a genuine photograph). It was typical of the black humour that pervaded the band, especially on their record sleeves and graphics. After the recording of the third album was completed, the band disintegrated when Coleman’s fascination with the occult led him to the conclusion that the apocalypse was imminent, and he fled to Iceland. He was followed later by Youth. When Youth returned it was to begin work with Ferguson on a new project, Brilliant. However, having second thoughts, Ferguson became the third member of Killing Joke to flee to Iceland, taking new bass player Paul Raven (b. 16 January 1961, Wolverhampton, England, d. 20 October 2007, Geneva, Switzerland; ex-Neon Hearts) with him. Brilliant continued with Youth as the only original member.

The Killing Joke output from then on lacks something of the menace that had made them so vital. However, 1985’s Night Time combined commercial elements better than most, proffering the UK number 16 hit single ‘Love Like Blood’. While Outside The Gate was basically a Coleman solo album wrongly credited to the band, they returned with their best album for years with 1990’s Extremities, Dirt & Various Repressed Emotions, which saw the drumming debut of Martin Atkins (b. 3 August 1959, Coventry, England; ex-Public Image Limited). Regardless, the band broke up once more with bitter acrimony flying across the pages of the press the same year.

While his former co-conspirators pronounced Killing Joke dead, Coleman pledged to continue under the name. He did just that after a brief sojourn into classical/ethnic music via a collaborative project with Anne Dudley which resulted in Songs From The Victorious City released on China Records. 1994’s Pandemonium saw Youth return to join Geordie and Coleman, with the addition of new drummer Geoff Dugmore. This saw a revitalized Killing Joke, notably on ‘Exorcism’, recorded in the King’s Chamber of the Great Pyramid in Cairo. They were welcomed back by a wide cross-section of critics (or at least, those whom Coleman had not physically assaulted at some point) and friends. Indeed, bands claiming Killing Joke as a direct influence ranged from the Cult, Ministry and Skinny Puppy to Metallica and Soundgarden, while many noticed an uncanny similarity between the band’s ‘Eighties’ and Nirvana’s ‘Come As You Are’. Pandemonium yielded two UK Top 40 singles, ‘Millennium’ and the title track, and sold in excess of 100, 000 copies in the USA where they signed to Zoo Records.

The next Killing Joke album, 1996’s Democracy, took a cynical snipe at the build-up to election year in the UK. Meanwhile, Coleman’s secondary career had evolved. In addition to scoring a second symphony alongside Youth and arranging classical interpretations of the music of Pink Floyd, Led Zeppelin and the Who, he became composer in residence for the New Zealand Symphony Orchestra (the country where he spends most of his time). It led to him being hailed by conductor Klaus Tennstedt as ‘the new Mahler’. In 1999, he collaborated with poet Hinewehi Mohi as Oceania, a project inspired by New Zealand’s native Maori culture. Youth, meanwhile, had gone on to become one of the UK’s top dance music remixers and producers, recording with acts as diverse as Bananarama and Crowded House.

Coleman, Youth and Geordie reunited in the new millennium to record under the Killing Joke moniker. Hiring ex-Gang Of Four guitarist Andy Gill and enlisting the services of the ubiquitous Dave Grohl, they completed an excellent collection of new material which was released as the Killing Joke album in July 2003.