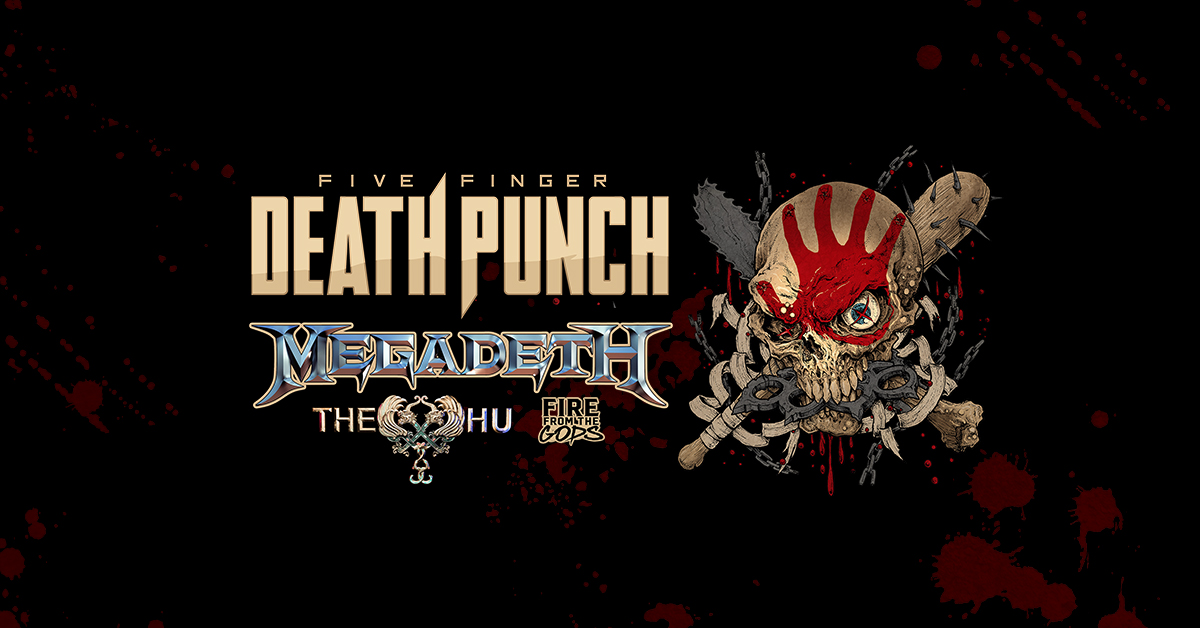 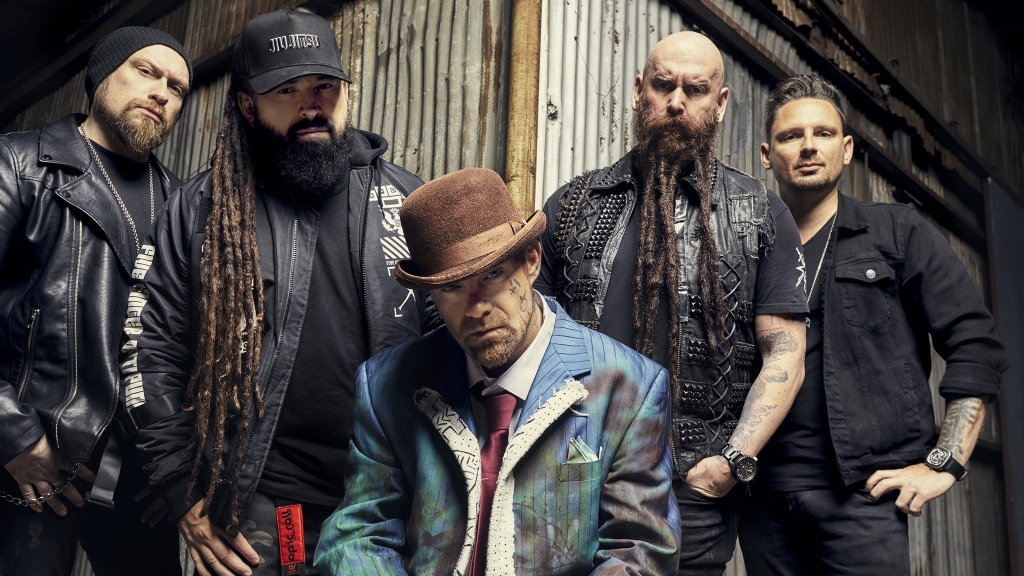 One of the most successful rock acts in modern music, Five Finger Death Punch have been hard at work in the studio over the past year writing and recording the follow-up to their 2020 album F8. The album, produced by Kevin Churko, debuted at #1 on Rock charts around the world with top 10 mainstream chart debuts in the USA, Austria, Australia, Canada, Finland, Germany, Sweden, Switzerland, the UK and more. It produced four #1 hit singles with “Inside Out,” “A Little Bit Off,” “Living The Dream,” and “Darkness Settles In,” the latter of which saw the band tie the record for most consecutive #1’s on Billboard’s Mainstream Rock Airplay Chart with seven chart-toppers in-a-row with Disturbed. The band has amassed over 8 billion streams and 3 billion video views to date and have sold over one million tickets between 2018 and 2020 alone.

5FDP is also venturing into the film space, with their appearance in the upcoming horror-thriller film THE RETALIATORS, a Better Noise Films production, which is set for a fall 2022 theatrical and streaming release. The band appears both onscreen and on the film’s original soundtrack, alongside some of the biggest names in rock: Mötley Crüe’s Tommy Lee, Jacoby Shaddix of Papa Roach, Spencer Charnas of Ice Nine Kills, From Ashes to New, The HU, All Good Things, and more. This past August, the movie had its WORLD PREMIERE at Arrow Video FrightFest in London. Its North American premiere took place at the iconic TCL Chinese Theatre in Los Angeles as the OPENING NIGHT film for ScreamFest, where the production took home an award for Best Make-Up and earned itself rave reviews, with a rare rating of 100% on Rotten Tomatoes, which it still maintains today. 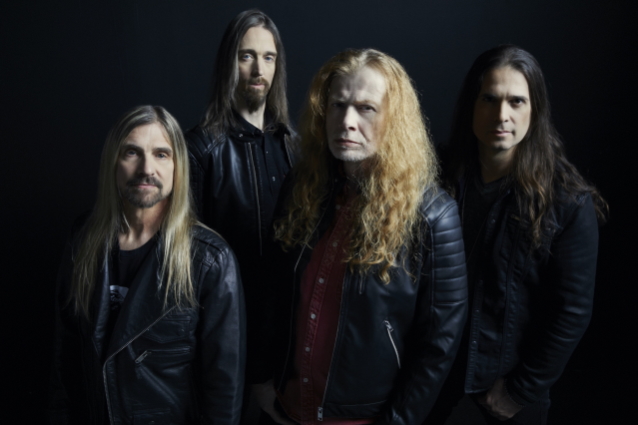 MEGADETH have taken their place as one of metal’s most influential and respected acts, and that vitality and excitement has only grown in recent years.  Having sold over 38 million albums worldwide, the band’s most recent album, 2016’sDystopia, earned MEGADETH their first GRAMMY® Award (for “Best Metal Performance” for the title track “Dystopia), and charted #1 on Billboard’s Top Rock and #3 on the Top 200 (beating or matching the highest chart numbers of the band’s career), while landing on Top Ten Metal Albums of the Year on Rolling Stone, Revolver and many others. MEGADETH are slated to release their 16th studio album, “The Sick, The Dying… And The Dead” this year. 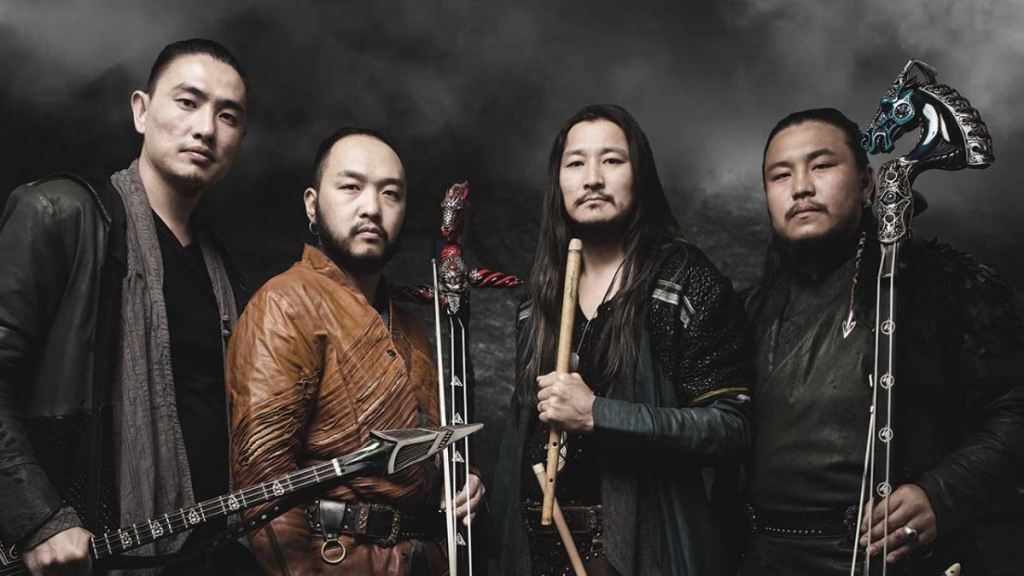 In 2019, an NPR story put a spotlight on “a band from Mongolia that blends the screaming guitars of heavy metal and traditional Mongolian guttural singing,” accurately highlighting the cultural importance and unique musical identity of The HU. Founded in 2016 in Ulaanbaatar, Mongolia, The HU, comprised of producer Dashka along with members Gala, Jaya, Temka, and Enkush, are a modern rock group rooted in the tradition of their homeland. The band’s name translates to the Mongolian root word for human being, and their unique approach blends instruments like the Morin Khuur (horsehead fiddle), Tovshuur (Mongolian guitar), Tumur Khuur (jaw harp) and throat singing with contemporary sounds, creating a unique sonic profile that they call “Hunnu Rock.”

Their debut album, 2019 ‘s The Gereg, debuted at #1 on the World Album and Top New Artist Charts. With it, the band have accumulated over 250 million combined streams and video views to date and have received critical acclaim from the likes of Billboard, NPR, GQ, The Guardian, The Independent, Revolver, and even Sir Elton John himself.

Proving their global appeal, The HU have sold out venues across the world in North America, Europe, Asia, and Australia, with scheduled festival appearances at Coachella, Lollapalooza, Download Festival, and more, creating a community of fans from all walks of life. They quickly grabbed the attention of the industry, leading to collaborations with Jacoby Shaddix of Papa Roach and Lzzy Hale of Halestorm. And most recently, the band received praise from fans and critics for their Mongolian rendition of Metallica’s “Sad But True,” which Metallica themselves acknowledged on their social media accounts, seemingly giving the band their official seal of approval. The band has also explored eclectic ways to reach audiences with their sound, most notably writing and recording music for EA Games’ Star Wars Jedi: Fallen Order.

Readying their next chapter as a global force, The HU are putting the finishing touches on their highly anticipated sophomore album, which is due for a global release later this year from Better Noise Music. The project will include a selection of tracks that were premiered live on the band’s critically acclaimed North American tour at the end of 2021, coinciding with their appearance on Metallica’s 2021 retrospective covers album The Metallica Blacklist, alongside other high-profile guest artists like Miley Cyrus, Chris Stapleton, Phoebe Bridgers, J Balvin, St. Vincent, and so many more. The HU’s forthcoming 2022 headlining tour will kick off with a special set at Coachella this April. 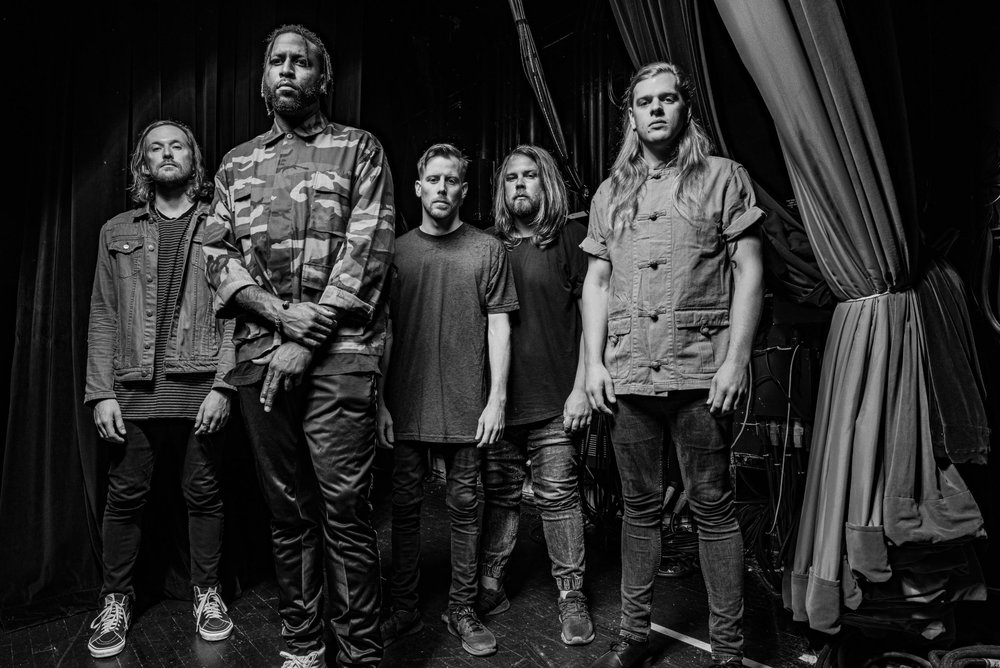 For some artists making music isn’t a choice, it’s fueled by something larger than themselves. This is undoubtedly true of Fire From The Gods whose second full-length American Sun sees them adopting the tagline “In Us We Trust” meaning “we the people” are responsible for change; a unifying statement in order to try to prevent society from succumbing to the growing malaise brought on by soul-sucking technology, divisive politics and environmental destruction. “With this record what we’re trying to drive home is that our differences and where we are from doesn’t need to define who we are moving forward,” frontman AJ Channer explains. “Like [2016’s] Narrative I’m telling the story from my perspective, but it’s a story that people from all walks of life can relate to in the sense that we all face the same challenges… and the only way to conquer them is if we face them together.”

Fire From The Gods have experienced their share of ups and downs since the Austin, Texas-based act released their David Bendeth-produced (Breaking Benjamin, Paramore) debut three years ago. Since then, the band—which also features drummer Richard Wicander, guitarists Drew Walker and Jameson Teat and bassist Bonner Baker—have toured incessantly with acts like Sevendust and Of Mice & Men, played festivals ranging from the Vans Warped Tour to the country’s largest Rock festival, Rock On The Range, re-released their debut as The Narrative Untold featuring new songs produced by Jonathan Davis of Korn and spread their message to fans all over the world. However instead of resting on their laurels, the act doubled down on their message with American Sun, their first album after signing with juggernauts Better Noise (fka Eleven Seven Music Group). “I think this record is a lot more personal because I’ve become a lot more open about who I am and what I’ve had to deal with,” Channer explains. Channer spent his childhood shuffling between London, New York, Los Angeles, Norfolk and Ghana, giving him a unique perspective on the world, however the issues that he’s dealt with such as anxiety, depression, anger, rejection and loss are universal.