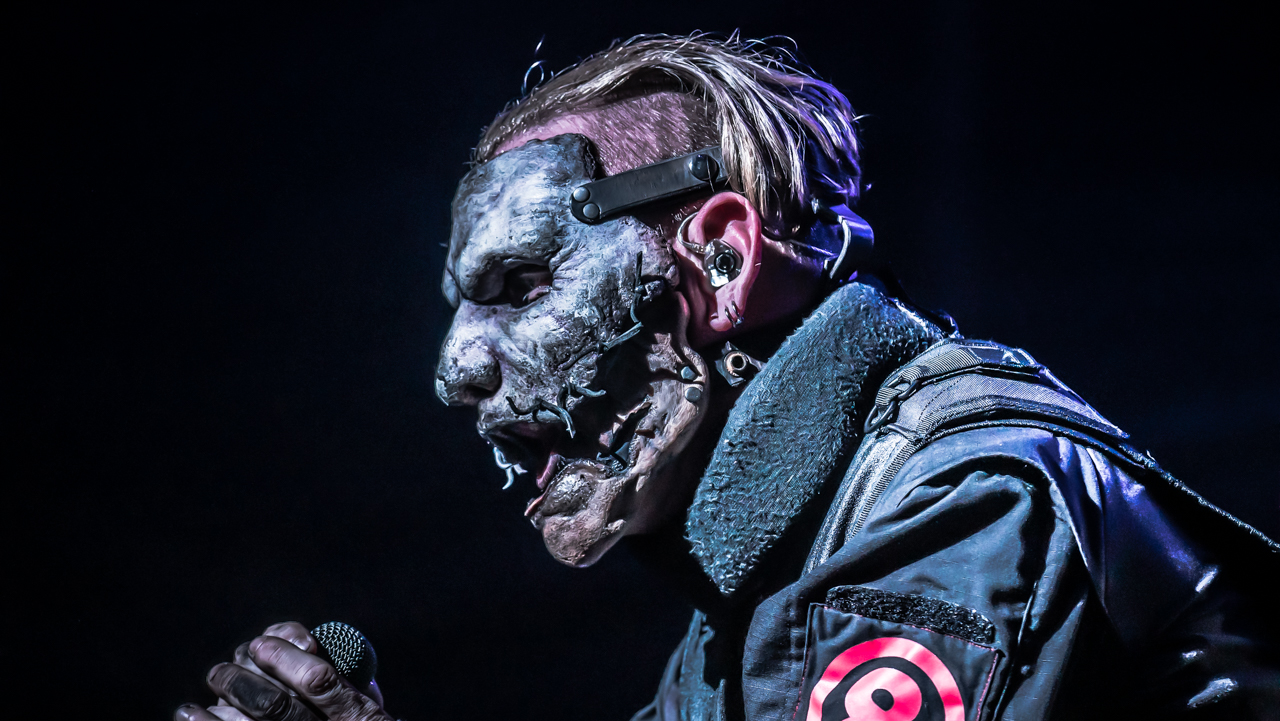 Twenty years ago, nine inspired musicians from Des Moines, Iowa, shattered the scope of what was possible in rock music. From the moment Slipknot emerged in 1999 with their self-titled debut, it was clear they were like nothing the world had seen before, but were everything they needed. Where a similarly creative act might have burned out or lost their relevance chasing mainstream acceptance, Slipknot has only proven that an enduring commitment to hard work, constant evolution, their craft, and their fans can allow a rock band to not only continue- but to actually push the envelope on what defines heavy metal, and rock in general. With “We are Not Your Kind,” Slipknot’s first new album in five years, the band deliver when they are needed most. In an increasingly claustrophobic psychic landscape, “We Are Not Your Kind” brings back the violence, to meet the darkness blow for blow. The band’s creative strength and vision propelled “We Are Not Your Kind” to a #1 debut on the Billboard Top 200 chart this past August. Always a global band, the album also debuted at #1 in United Kingdom, Australia, Canada, Japan, Russia, Mexico, Portugal, Ireland, Belgium, Finland, Spain, and in the Top 3 in Germany, France, Norway, Italy, Austria, Switzerland, the Netherlands, and New Zealand. 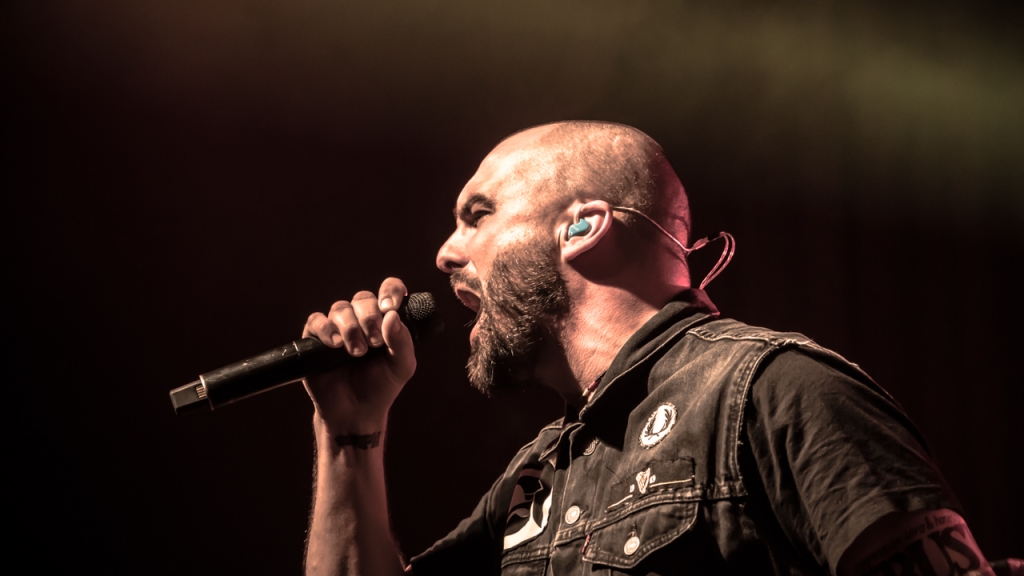 Killswitch Engage first shook the structure of heavy music upon climbing out of snowy industrialized Western Massachusetts in 2000. The band pioneered a union of thrashed-out European guitar pyrotechnics, East Coast hardcore spirit, on-stage hijinks, and enlightened lyricism that set the pace for what the turn-of-the-century deemed heavy. 2002’s Alive Or Just Breathing became avowed as a definitive album, being named among “The Top 100 Greatest Metal Albums of the Decade” by Decibel and celebrated by everyone from Metal Hammer to Revolver. They also garnered two GRAMMY® Award nominations in the category of “Best Metal Performance” in 2005 and 2014 and gold certifications for The End of Heartache [2004] and As Daylight Dies [2006]. The group landed three consecutive Top 10 debuts on the Billboard Top 200 with Killswitch Engage [2009], Disarm The Descent [2013], and their career high best bow at #6 with Incarnate [2016]. The latter two releases would also both capture #1 on the Top Rock Albums and Top Hard Rock Albums charts. Their total streams have exceeded half-a-billion to date. 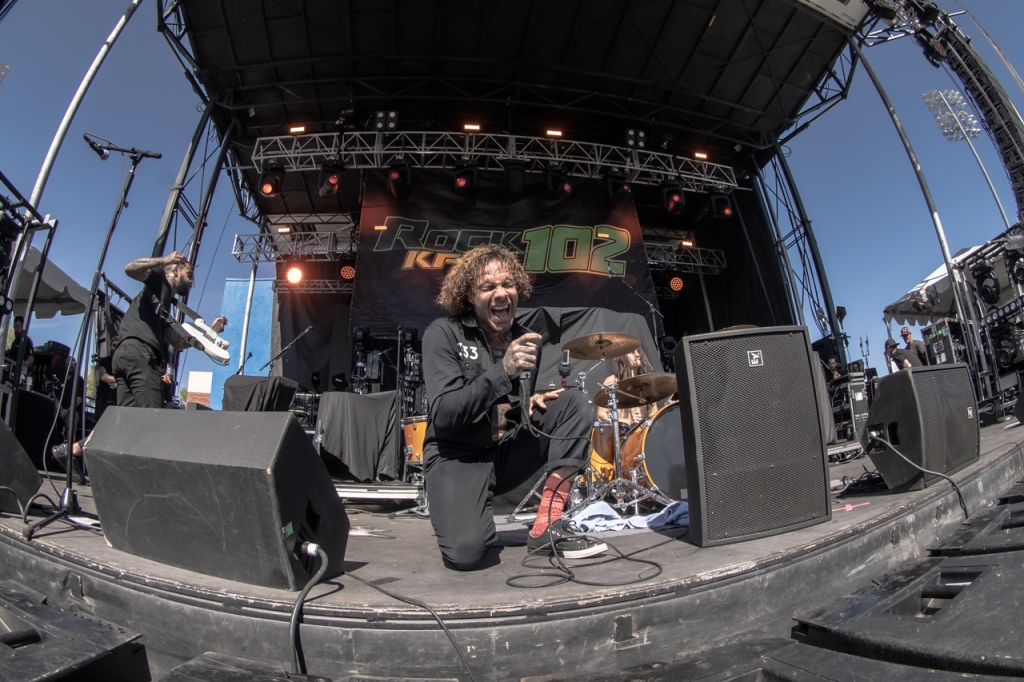 Rebellion needed a soundtrack. It got that and a whole lot more from FEVER 333. Rallying around a mission of “art as activism” in 2017, the group first publicly assembled with an unpermitted D333MONSTRATION in front of a South Central Los Angeles landmark—ducking out before the cops came, but leaving a mark on the streets of their hometown. Shockwaves rippled through the culture. The title track of their MADE AN AMERICA EP scored a 2019 GRAMMY® Award nod in the category of “Best Rock Performance.” Their full-length Roadrunner Records/333 Wreckords Crew debut LP, STRENGTH IN NUMB333RS, toppled 60 million total streams. KERRANG! (UK) christened it, “The best debut album of 2019,” honored the group with “Best Song” at the 2019 KERRANG! Awards, and included them on the magazine cover alongside Metallica, Jimmy Page, Ghost, and Skunk Anansie. Not to mention, they have collaborated with everyone from POPPY to RUN-D.M.C. and Vic Mensa. In addition to selling out headline D333MONSTRATIONS everywhere, they ignited the stages of Lollapalooza South America, AfroPunk, Reading, Download UK and more. Standing up alongside the people, they regularly participate in activism with a focus on community, charity, and change. FEVER 333 vocalist Jason Aalon Butler created the Walking In My Shoes Foundation to benefit organizations that generate empathy, understanding, and change within the communities they serve.