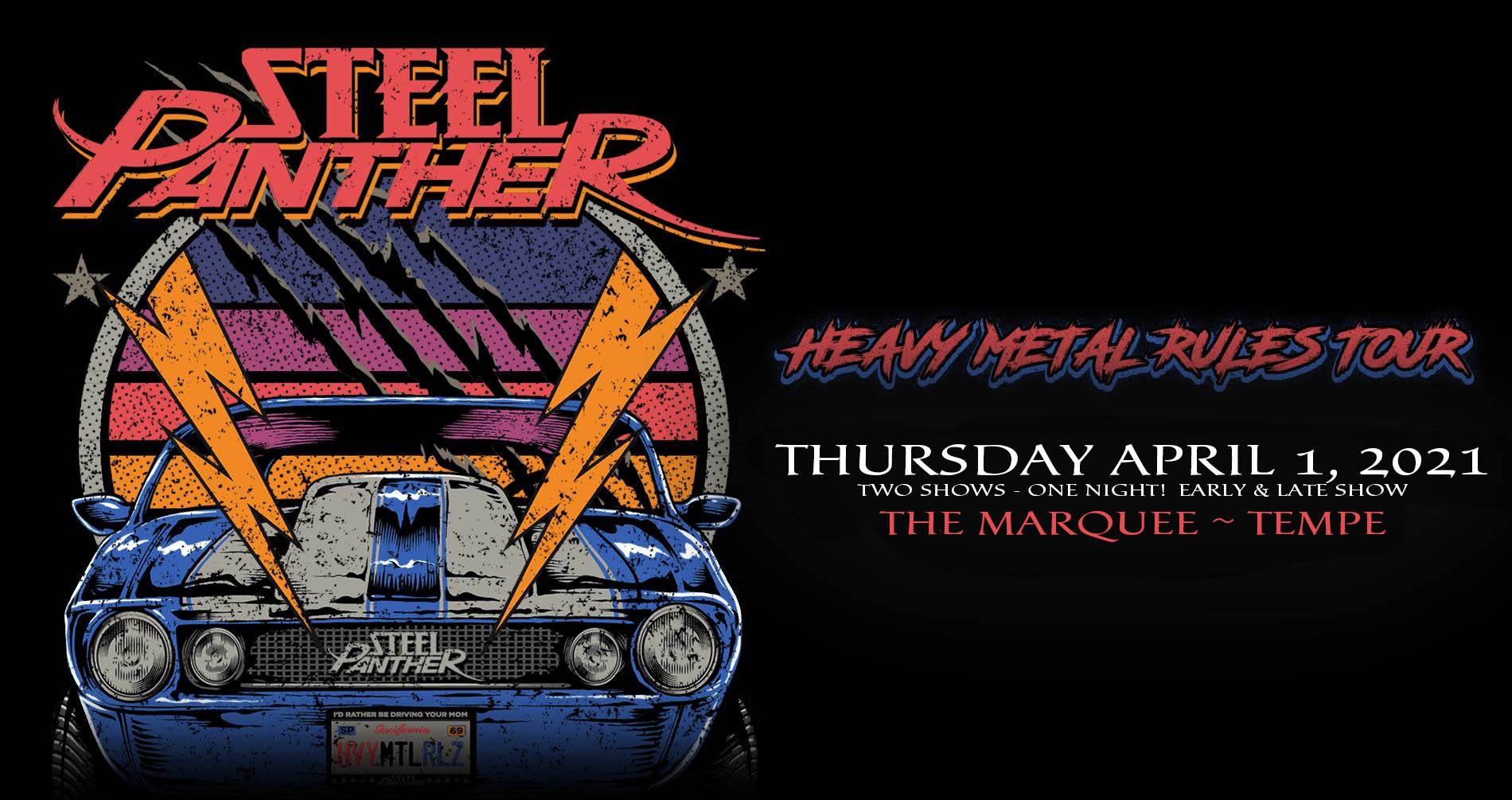 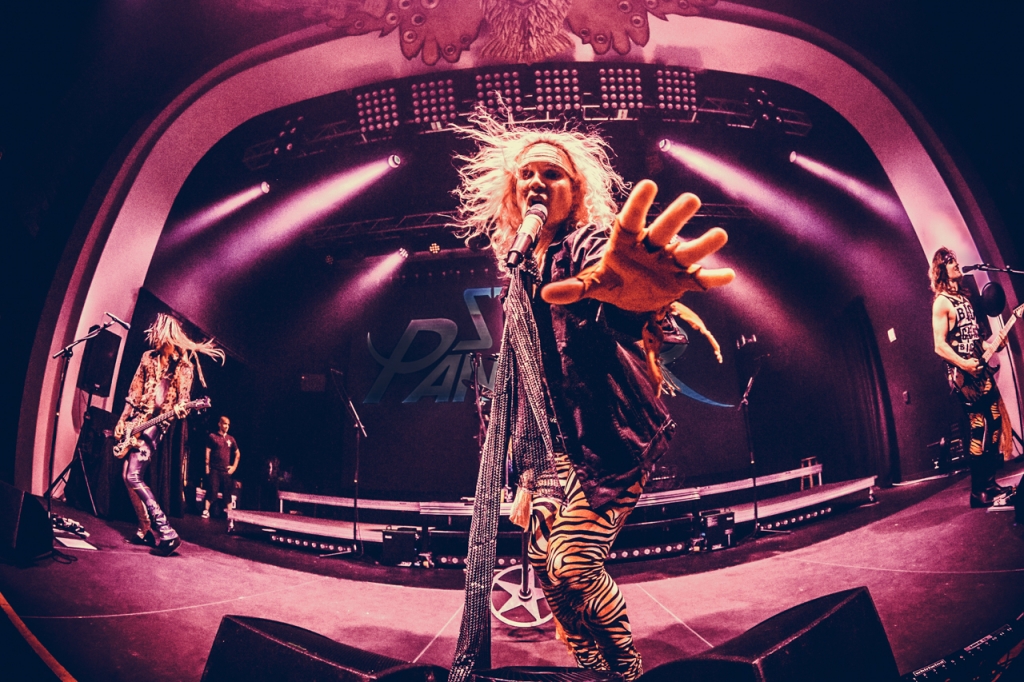 This is not fake news. Right now, somewhere, some girl is taking her top off to the most anticipated album of 2017, Steel Panther’s fourth full-length studio album Lower the Bar.

Steel Panther has established themselves as the world’s premier party band, melding hard rock virtuosity with parody and criminally good looks. Made up of Michael Starr (lead singer), Satchel (guitarist), Lexxi Foxx (bass), and Stix Zadinia (drums), the Los Angeles hair metal group does it again. They look good, they sound good and they’re in it for the pussy.

The title Lower the Bar was the brainchild of Satchel. “Satchel suggested that I should lower the bar if I wanted to get laid more often,” says Michael. Lexxi disagrees, thinking Lower the Bar was so short people could also drink at bars. And Steel Panther hands it to them, alcoholic midgets, because they can’t reach over the counter.

“It has so many meanings,” the band admits. “There’s really no situation you can’t apply Lower the Bar to.” It can be applied to life aspirations. “You walk down the street and see people who are homeless, sleeping in puddles of their own urine and eating pieces of cardboard and sometimes they seem perfectly happy. And sometimes I ask myself why can’t I do that. I need to set the bar as low as this person has.”

It can even be applied to girls. “Sometimes you get a hot girl you would’ve never expected to, but it’s still a good idea to lower the bar. You should expect the sex to be terrible, because a lot of hot girls are bad in bed. They just lay there. Go in knowing she’s going to be horrible and if she does anything like lick your balls and swallows that’s a win.” Everything you hear on a Steel Panther record is taken from real life. “It really is just a life story put to music.” Satchel goes on, “We all got high and naked and drunk and then Lexxi had sex with these three girls and the rest of us watched them. That’s what we do for every record.”

Michael values the importance of relaxing during the writing process, “I went to the beach and wrote a song called “I love the beach.” Lexxi also wrote a song that didn’t make the cut, “I wrote a song about the dog. It’s called “I sucked a dog’s dick,” but I didn’t think people would like it.”

“The name is different and we picked different songs. I think that’s something everyone can expect with this one,” says Stix. The band has broadened their horizons topically and lyrically, going places they haven’t gone before. Satchel adds, “It’s not just sex, drugs and love of rock and roll. This time it’s sex, drug and love of rock and roll, and partying and heavy metal.” Also, the hair is a bit different. “I’m using different hairspray” says Lexxi.

Steel Panther has no intention of changing their style: hair is down, spandex is on and tits are out. They’re on a greater mission and one might want to leave their morals behind. One listen to the twisted single titled “Anything Goes” and one could not agree more. Indeed, anything goes. More than in airport bars, international waters, the Wild Wild West or Steel Panther’s sex lives, anything goes. It’s an unpredictable no holes barred fuck fest that doesn’t have to answer to anyone’s rules.

The music video for the first single “She’s Tight” is a sexified version of the Cheap Trick song “She’s Tight.” It delivers more pussy and partying and skin than the 1982 hit. Cameos in the video include Cheap Trick’s Rob Zander, Bobbie Brown, Paris Michael Jackson and Tony Palermo (Papa Roach). Guests on the record don’t end there. Rudy Sarzo, heavy metal legend and bassist for Whitesnake and Quietriot, slays on one of the songs. “That’s very exciting as he’s always been a rock and roll hero for us and he likes to party.”

Steel Panther is now known as the greatest neo-metal, glam throwback parody band, have four full length albums, platinum level YouTube status, high profile television appearances, tour across the world and are notorious. Ultimately though, this fearsome four just hopes heavy metal can bring about world peace. “In a world of hate and despair right now it’s important to bring in the heavy metal community around the world. We hope our record will bring world peace and happiness to everyone that listens to it”, concludes Michael. Lexxi adds, “And maybe a few more people will try to fuck a hot midget at Niagara falls.”

Two great shows in one night.. You get to choose the early show or the late..