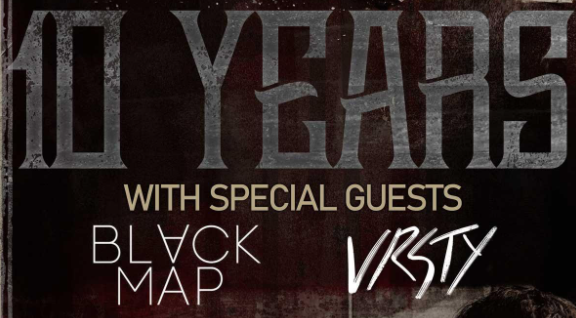 For nearly two decades, 10 Years have quietly pushed themselves and modern rock towards evolution. Building a formidable catalog, the group’s gold-selling 2005 breakthrough The Autumn Effect yielded the hit “Wasteland,” which went gold, infiltrated the Billboard Hot 100, and clinched #1 at Active Rock Radio and #1 on the Billboard Alternative Songs Chart. They landed three Top 30 entries on the Billboard Top 200 with Division [2008], Feeding the Wolves [2010], and Minus the Machine [2012]. Most recently, 2017’s (How to Live) As Ghosts marked a reunion between Jesse, Brian, and Matt and achieved marked success. Not only did the album bow in the Top 5 of the US Top Hard Rock Albums Chart, but it also yielded the hit “Novacaine.” The single ascended to the Top 5 of the Billboard US Mainstream Rock Songs Chart and tallied 16 million Spotify streams, alongside 29 million streams across all dsp’s. The cumulative total for all track streams from repertoire on How To Live (As Ghosts) exceeds 51 million plays. Along the way, they sold out countless headline shows and toured with everyone from Korn, Deftones, and Stone Sour to Chris Cornell and Linkin Park. The new album, Violent Allies, is a collaboration with GRAMMY® Award-winning producer and Feeding the Wolves collaborator Howard Benson [My Chemical Romance, Halestorm, Papa Roach, Three Days Grace]. 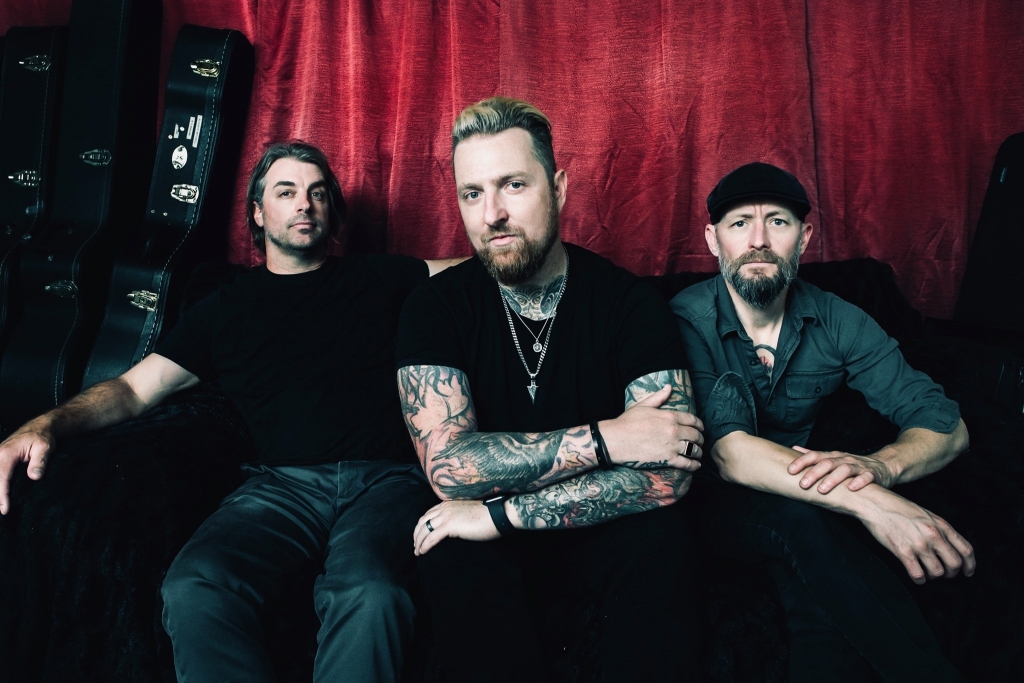 Black Map was formed in 2014 in San Francisco. They came together as the trio’s respective primary bands were on hiatus and discovered a solid penchant for writing together. The group issued their debut EP, Driver, shortly after forming, with their full-length debut, …And We Explode, appearing from Minus Head Records just eight months later. It drew favorable reviews from critics, who made comparisons to bands like A Perfect Circle, Deftones, and Chevelle.

The trio moved to eOne for their Aaron Hellam-produced sophomore long-player, In Droves, which arrived in 2017. Garnering an even larger array of positive reviews, Black Map hit the road and played the American music festival circuit for the lion’s share of the next 12 months, racking up more than 150 gigs in the process. Between festival dates, they booked studio time with producer Mike Watts in Long Island, New York, and cut three songs. They recorded a fourth with Hallam upon returning home, and the tracks were all released as the prog metal-oriented Trace the Path EP later that year. The band toured across 2019 before being sidelined by the COVID-19 pandemic in 2020.

Black Map reunited in 2021 and spent many hours writing at home in San Francisco. They booked time in several studios across the Bay Area. Deciding to produce themselves, they enlisted Zach Ohren (Machine Head, the Ghost Inside, Set Your Goals) as a guiding light and co-producer. That September, they issued the pre-release single “Chasms” on Minus Head; it served as the opening track for 2022’s ten-song Melodoria. ~ James Christopher Monger, Rovi 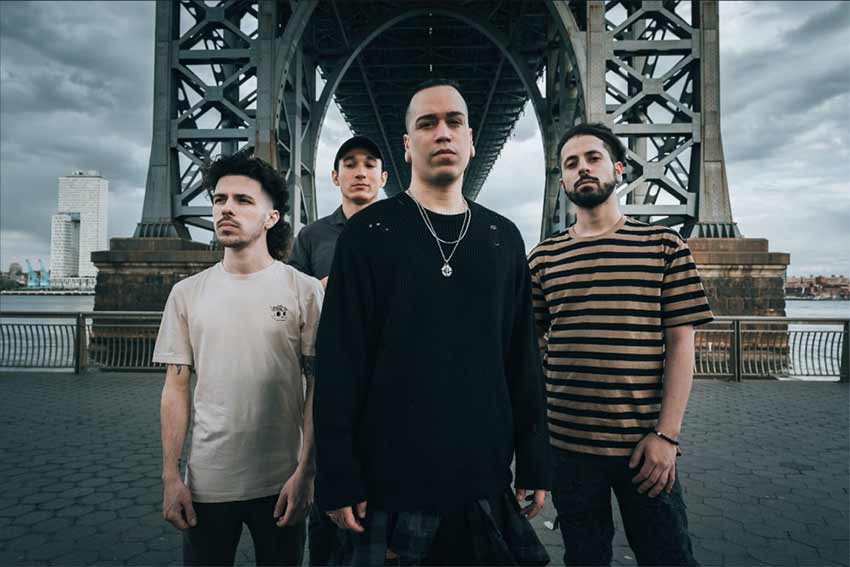 Sure, it’s easy to believe everything has been done before. VRSTY (Var-Si-Ty) prove it hasn’t. The New York City quartet—Joey Varela [vocals], Javy Dorrejo [bass], Chris Cody [drums], and Paul Gregory [guitar]—layer R&B vocal styles over heavy metallic grooves and chugging riffage. After posting up over 2 million streams and charting Billboard with their independent releases, the group crafted a unique and unexpected hybrid on their 2020 debut EP for Spinefarm Records, Cloud City.

Fueled by the success of Cloud City – which saw hit singles Massive & Shameless rack up over a million streams each in under a year – VRSTY will release their label debut full-length WELCOME HOME on January 21, 2022.

“When people ask me what we sound like, I say, ‘We’re whatever you want us to be’,” states Joey. “I can’t put a genre on us, because I’m a pop and R&B singer who loves metal. There are pop tracks, metal tracks, and R&B tracks. It’s super different heavy music with pop-inspired vocals. The genre has enough bands who sound similar. If you spend time trying to do what’s popular, you fall into a mode. That’s not something we’re interested in. The music has to be fun for us and the people listening to it.”

In the end, VRSTY break all of the rules and ultimately break ground.