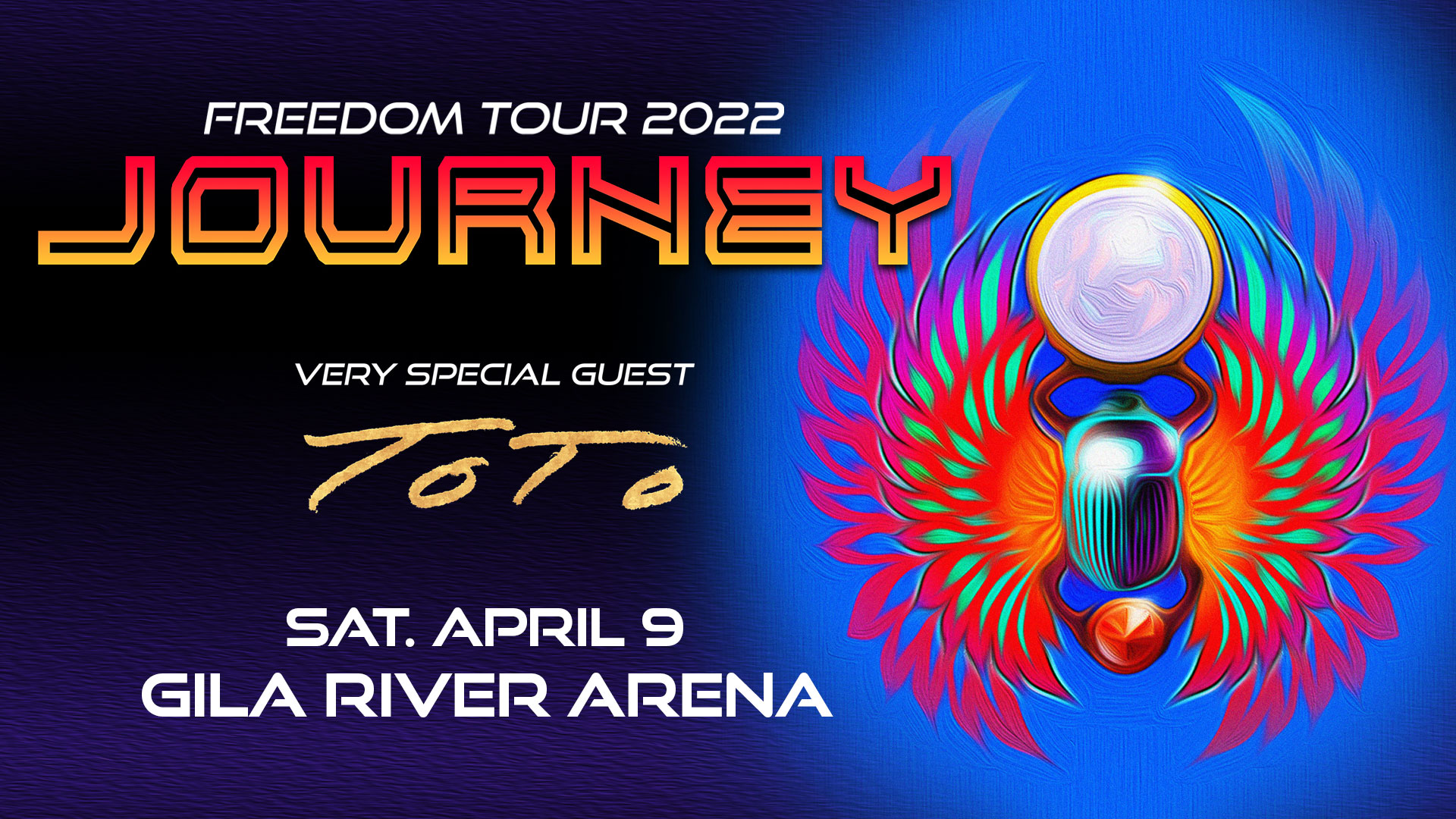 JOURNEY is one of the most popular American rock bands of all time, creating some of the best-known songs in modern music. Since the group’s formation in 1973, the band has earned 19 top 40 singles and 25 Gold and Platinum albums and has sold nearly 100 million albums globally. Their Greatest Hits album is certified 15 times-Platinum, bringing Journey into the elite club of Diamond-certified award holders. The band continues to tour and record into the 21st century, performing concerts for millions of fans worldwide, and received the prestigious Billboard “Legends of Live” touring award. 2018’s massive co-headlining tour with Def Leppard was the band’s most successful tour to date, landing them in the Top 10 year-end touring chart with more than 1 million tickets sold. In 2017, Journey was inducted into the Rock and Roll Hall of Fame. In March 2019, Journey released a live DVD/CD set from their concert at the Budokan in Tokyo, featuring the first-ever performances of the band’s “Escape” and “Frontiers” albums in their entireties. Journey received a star on the Hollywood Walk of Fame, was inducted into the Hollywood Bowl Hall of Fame, and is the subject of the award-winning documentary, “Don’t Stop Believin’: Everyman’s Journey.”

Few ensembles in the history of recorded music have individually or collectively had a larger imprint on pop culture than the members of TOTO.&nbsp; As individuals, the band members can be heard on an astonishing 5000 albums that together amass a sales history of a half a billion albums.&nbsp; Amongst these recordings, NARAS applauded the performances with more than 200 Grammy nominations. Toto has over 400 million streams on Spotify alone along while views on YouTube far exceed over a half billion.

With close to 40 years together and literally thousands of credits, including the biggest selling album of all time: Michael Jackson’s Thriller, and accolades to their names, TOTO remains one of the top selling touring and recording acts in the world. They are the benchmark by which many artists base their sound and production, and they continue to transcend the standards set by the entire music community, being simply synonymous with musical credibility. Their repertoire continues to be current via high profile usage on broadcast television. They are pop culture, and are one of the few 70’s bands that have endured the changing trends and styles to a career enjoy a multi-generational worldwide fan base.