Ministry with Melvins and Corrosion of Conformity at The Van Buren 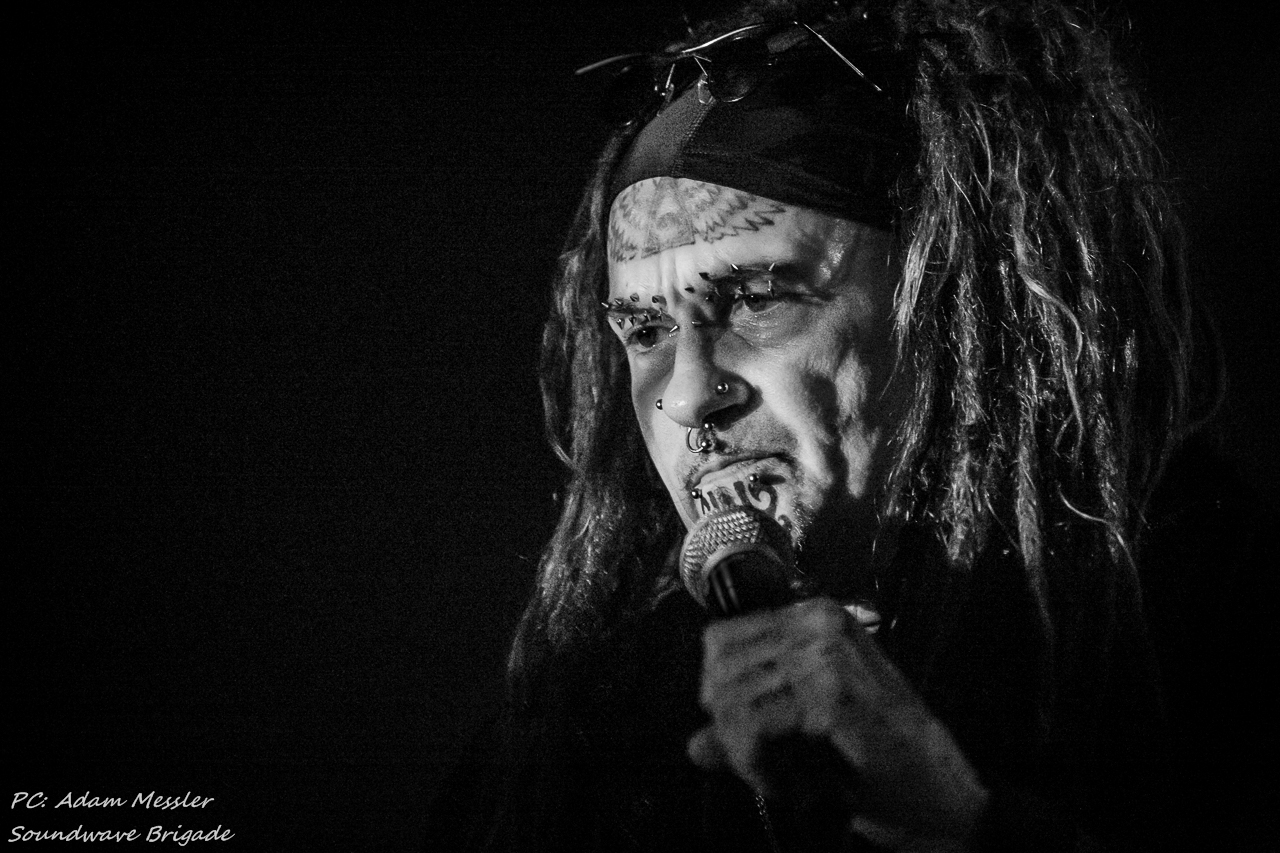 Born in 1981 in Chicago, Ministry has been the lifetime passion project of founder Al Jourgensen, considered to be the pioneer of industrial music. In its early days, Ministry was identifiable by its heavy synth-pop material in line with the new sounds and technology that were being developed in the ‘80s. Ministry’s output began with four 12” singles on Wax Trax! Records in 1981 before the first LP With Sympathy in 1983 via Arista Records. As time progressed however, so did Ministry, quickly developing a harsher, and more stylized sound that the band soon became infamous for on seminal albums Twitch (1986), The Land of Rape and Honey (1988), and The Mind Is A Terrible Thing To Taste (1989). With the release of Psalm 69: The Way to Succeed and The Way to Suck Eggs (1992), Ministry hit an all time high in the mainstream musical realm and received its first Grammy nomination. In total, Ministry has been nominated for a Grammy award six times. After an indefinite hiatus in 2013, Ministry’s 2018 album, AmeriKKKant, continued to reflect Jourgensen’s views on the frightening state of society and politics. Ministry’s newest album MORAL HYGIENE is set to be released on October 1st, 2021 via Nuclear Blast Records. 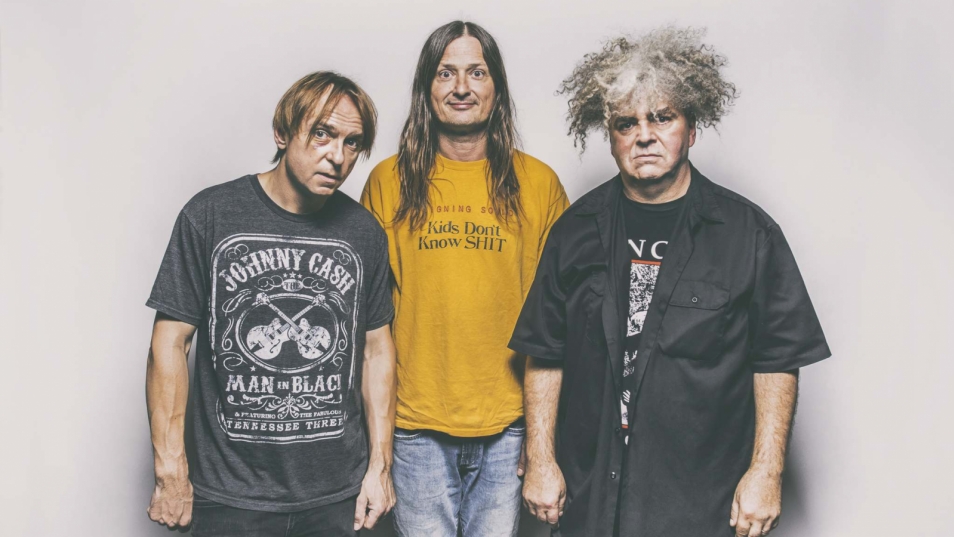 The Melvins weren’t the first band to acknowledge the heavy metal influences that most left-of-center bands had been trying to shake off since punk rock broke in 1977 (that honor would go to Black Flag on their polarizing 1984 album My War). But no other band to emerge from the punk/alternative underground would mine Black Sabbath‘s slow, monolithic roar with greater effect than the Melvins, and they would prove to be wildly influential despite barely breaking out of cult status. The drop-D tunings and brontosaurus stomp of grunge icons such as Tad, Mudhoney, and Soundgarden would be unthinkable without the trails the Melvins blazed, and Kurt Cobain often sang their praises, helping them land their first major-label recording deal in 1993. They became a bridge between the edges of the punk and metal communities, who would find greater common ground from the ’90s onward. (Their debut EP, 1986’s 6 Songs, found them wavering between speedier punk-oriented numbers and full-on heaviness, but by 1991’s Bullhead, the Melvins’ trademark gargantuan sound was firmly in place.) And while the Melvins were as recognizable as any band of their day, they also proved to be more creatively flexible than nearly all their peers, willing to experiment with different styles (the massive suite on 1992’s Melvins [aka Lysol], the ambitious studio experimentation of 1996’s Stag, the noisy soundscapes in 2017’s A Walk with Love and Death) and a variety of musical configurations (bringing in multiple guest vocalists on 2000’s The Crybaby, using two drummers on 2006’s A Senile Animal, working with a rotating team of bassists on 2016’s Basses Loaded, recording with two bassists at once on 2018’s Pinkus Abortion Technician, and recording an epic-scale acoustic set for 2021’s Five Legged Dog), all of which helped the band remain productive and prolific more than three decades after they launched.

The band formed in Aberdeen, Washington, the same town that produced Nirvana‘s Cobain and Krist Novoselic. For Nirvana and many other Seattle-area bands, the Melvins’ sludge was inspirational; the younger bands took the Sabbath-styled heaviness of the Melvins and added an equally important pop song structure, which the group tended to lack. While all of their disciples became famous after Nirvana broke big in 1991 (including Mudhoney, which featured former Melvins bassist Matt Lukin), the Melvins only expanded their cult slightly. They did earn a major-label contract with Atlantic, but after releasing three records for the label, they were dropped in late 1996 and the group returned to indie status, landing with Amphetamine Reptile for 1998’s Alive at the F*cker Club. The late ’90s and early 2000s saw a flurry of releases by the band: The Maggot, The Bootlicker, The Crybaby, Electroretard, The Colossus of Destiny, Hostile Ambient Takeover, Pigs of the Roman Empire, and Houdini Live 2005: A Live History of Gluttony and Lust, all of which (except for the fourth one) were issued on Mike Patton‘s Ipecac label.

The band returned in 2012 with a stripped-down lineup, dubbed Melvins Lite, for Freak Puke, which found Crover and Osborne recording without the boys from Big Business and instead adding standup bassist Dunn to their roster to round out the band’s already formidable bottom-end sound. Mixing things up even further, the band invited a host of guests, including the likes of Jello Biafra and J.G. Thirlwell, for Everybody Loves Sausages, an album of covers that arrived in 2013. Another new album, Tres Cabrones, released in November of that same year, saw them reunited with original drummer Mike Dillard — who had previously appeared only on their early demo tapes — while usual drummer Dale Crover took over on bass duties. Another odd combination occurred in 2014, as Crover and Osborne joined the Butthole Surfers‘ Jeff “J.D.” Pinkus and Paul Leary on the eclectic Hold It In.

Two unusual releases from the Melvins arrived in 2016. An album the group began recording in 1999 with Mike Kunka of Godheadsilo was finally completed and released as Three Men and a Baby, credited to Mike & the Melvins. And in the middle of 2016 they issued Basses Loaded, where the group recruited a handful of favorite bass players to collaborate on songs. The guest artists included Krist Novoselic of Nirvana, Steve McDonald of Redd Kross and OFF!, J.D. Pinkus, Trevor Dunn, and Jared Warren. One of the few things the Melvins hadn’t done was release a double album, but they were finally able to cross that off their list in 2017 with A Walk with Love and Death. The 23-track release included material written and recorded as the score to a film by Jesse Nieminen. In 2018, the Melvins broke ground with a lineup featuring two bassists on the album Pinkus Abortion Technician. The sessions found J.D. Pinkus (returning from his previous appearances on Hold It In and Basses Loaded) handling the bottom end along with Steve McDonald (also heard on Basses Loaded), while King Buzzo and Dale Crover took their usual places on guitar and drums. The band reunited several times with first drummer Dillard, releasing several EP-length or stand-alone recordings under the sub-moniker Melvins 1983. In 2021, this formation of the band released a full-length titled Working with God. With touring off the table during the COVID-19 pandemic, the hard-working Melvins played a series of live streamed concerts under the banner Melvins TV, and set to work on an unusual project. Five Legged Dog, released in October 2021 and featuring the Osborne/ Crover/McDonald lineup, was the group’s first all-acoustic album, running nearly two-and-a-half hours, and featuring new interpretations of songs spanning their recording career, as well as covers of songs that influenced them. ~ Stephen Thomas Erlewine & Greg Prato, Rovi 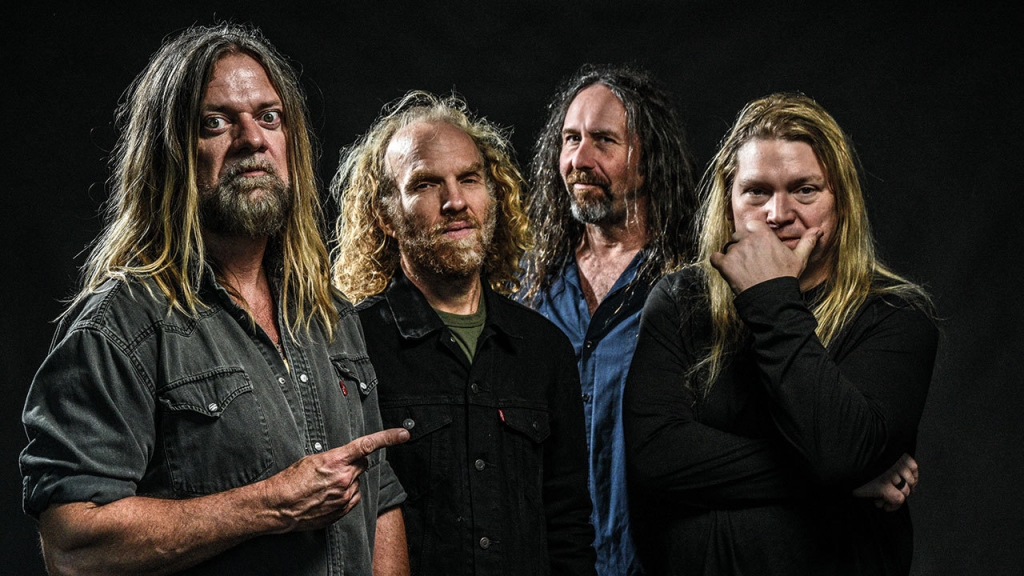 One of the first punk-metal fusion bands, Corrosion of Conformity were formed in North Carolina by guitarist Woody Weatherman during the early ’80s. In their early years, C.O.C. became known for their aggressive sound, intelligent political lyrics, and willingness to break away from both hardcore and metal conventions. In the ’90s, their shift to a more stripped-down, deliberate sound — sort of Black Sabbath filtered through the Deep South — brought them enough in line with the alt-metal Zeitgeist to bring them a measure of mainstream popularity.

C.O.C. debuted in 1983 with the thrashy, Black Flag-influenced Eye for an Eye, featuring a lineup of Weatherman, drummer Reed Mullin, vocalist Eric Eycke, and bassist Mike Dean. They began to build up a cult following with 1985’s Animosity, but their label at the time, Death, grew tired of their internal instability — lineup changes found Eycke replaced by vocalist Simon Bob — and dropped them following 1987’s Technocracy. It took several years for a new lineup to come together — featuring Weatherman, guitarist Pepper Keenan, Mullin, vocalist Karl Agell, and bassist Phil Swisher — but when it did, the result was 1991’s Blind, a powerful, focused, more metallic record that increased their audience by leaps and bounds. Agell was fired following its success, and he and Swisher went on to form Leadfoot; meanwhile, Keenan became the full-time lead vocalist on 1994’s even more Sabbath-esque Deliverance, which also featured the return of original bassist Mike Dean. During 1995, Keenan took a short detour into the Southern metal supergroup Down (which also featured Pantera‘s Phil Anselmo and members of Crowbar).

Thanks to a shift in popular taste in favor of the ultra-heavy brand of alternative metal, the group had helped pioneer, C.O.C. found themselves with a larger audience than ever before when they released 1996’s Wiseblood, which continued and expanded their rock radio success. After a lengthy break from recording and a world tour with Metallica, C.O.C. returned with a new album in the fall of 2000, titled America’s Volume Dealer. Another break ensued, resulting in the release of the live recording Live Volume in 2001. It wasn’t until April of 2005 that the band regrouped for the hard-hitting and complex In the Arms of God. C.O.C. went on hiatus, with the members working on various side projects until 2010, when drummer Reed Mullin rejoined the band, reuniting the Animosity lineup while Pepper Keenan continued working with his other band, Down. The remaining trio began work on new material, and in 2012 released their eighth album, the eponymous Corrosion of Conformity, on Candlelight Records. Their ninth album, aptly titled IX, arrived in 2014. Shortly after the latter LP’s release, C.O.C. reunited with Keenan and began work on their tenth studio long-player, No Cross No Crown, which dropped in January 2018. The band announced the death of Reed Mullin on January 27, 2020. ~ Steve Huey, Rovi