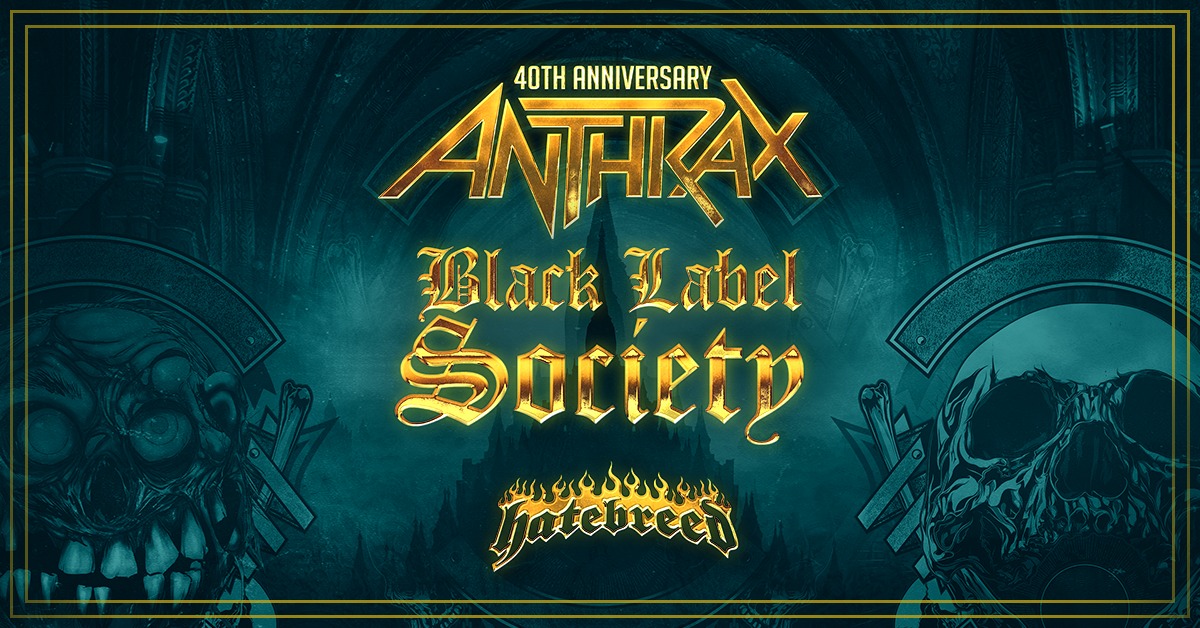 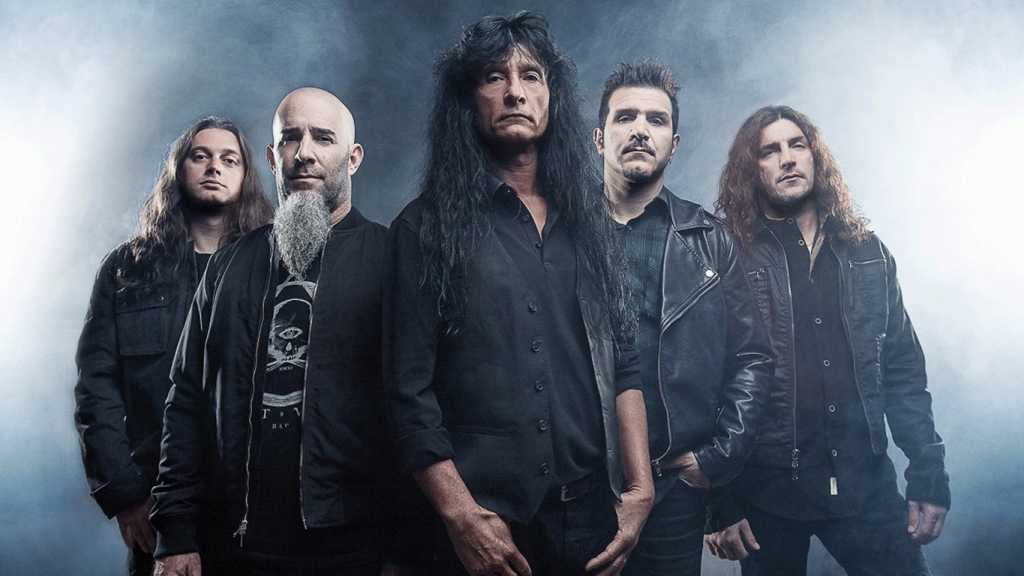 Nearly as much as Metallica or Megadeth, Anthrax were responsible for the emergence of speed and thrash metal. Combining the speed and fury of hardcore punk with the prominent guitars and vocals of heavy metal, they helped create a new subgenre of heavy metal on their early albums. Original guitarists Scott Ian and Dan Spitz were a formidable pair, spitting out lightning-fast riffs and solos that never seemed masturbatory. Unlike Metallica or Megadeth, they had the good sense to temper their often serious music with a healthy dose of humor and realism. After their first album, Fistful of Metal, singer Joey Belladonna and bassist Frank Bello joined the lineup. Belladonna helped take the band farther away from conventional metal clichés, and over the next five albums (with the exception of 1988’s State of Euphoria, where the band sounded like it was in a creative straitjacket), Anthrax arguably became the leaders of speed metal. As the ’80s became the ’90s, they also began to increase their experiments with hip-hop, culminating in a tour with Public Enemy in 1991 and a joint re-recording of PE‘s classic “Bring the Noise.” The remainder of the decade saw the band continuing to both flex and expand its sonic muscle, but lineup changes and label woes remained a constant stress throughout, and by 2003 they were only playing sporadically. In 2010, after a seven-year hiatus, Anthrax reconvened for Worship Music, a return to form that many called their most potent offering since 1990’s Persistence of Time.

After their peak period in the late ’80s, Anthrax kicked Belladonna out of the band in 1992 and replaced him with ex-Armored Saint vocalist John Bush — a singer who was gruffer and deeper, fitting most metal conventions perfectly. Subsequently, their sound became less unique and their audience shrank slightly as a consequence, and after signing to Elektra for 1993’s Sound of White Noise, the group left the label after just one more album, 1995’s Stomp 442. At that point, Anthrax — now a four-piece consisting of Ian, Bush, Bello, and drummer Charlie Benante — built their own studio in Yonkers, New York, and after a three-year hiatus returned with their Ignition label debut, Volume 8: The Threat Is Real. Anthrax’s very first “hits” collection was released in 1999; titled Return of the Killer A’s: The Best Of, it was also their first release for the Beyond label. The album included a cover of “Ball of Confusion,” which featured a duet between current frontman Bush and former vocalist Belladonna. A proposed tour that was to include both vocalists was announced, but on the eve of its launch, Belladonna pulled out, reportedly for monetary reasons. The tour carried on, as Anthrax signed on to participate in a package tour during the summer of 2000 with Mötley Crüe and Megadeth, but left the tour after only playing a handful of dates.

Anthrax appeared on the Twisted Sister tribute album Twisted Forever in 2001 (covering the track “Destroyer”), and began recording their next album the same year. In addition, guitarist Ian found time to regularly host the metal television program Rock Show on VH1, plus he appeared as part of the fictional metal band Titannica in the film Run, Ronnie, Run. VH1 programming heads eventually replaced Ian with Sebastian Bach, but the band was ready to head back into the studio anyway. New guitarist Rob Caggiano joined in the spring of 2002, just in time for the recording. A year later, Anthrax made their Sanctuary debut with We’ve Come for You All. The band’s dynamic hadn’t changed, and touring in support of that album was met with overwhelming success. The CD/DVD set Music of Mass Destruction: Live in Chicago, which arrived in spring 2004, celebrated Anthrax’s two decades in the business. Then, in 2005, Anthrax’s entire original lineup of Ian, Spitz, Belladonna, Benante, and Bello reunited for a tour and the CD/DVD retrospective Anthology: No Hit Wonders 1985-1991. Anthrax also issued Alive 2, recorded during their summer 2005 reunion tour.

In 2007, Dan Nelson, formerly of the group Devilsize, took over vocal duties. The band announced the return of vocalist John Bush in 2009, though the stint was never deemed permanent. The vocal pendulum shifted again the following year with an announcement that Belladonna was returning to the fold for future shows, and beginning work on a new Anthrax album. The resulting Worship Music, the band’s tenth studio album, and the first to feature original material since 2003’s We’ve Come for You All, was released on September 13, 2011. Worship Music was a strong comeback that earned the group a Grammy nomination, and Anthrax followed it up with some dumb fun in the form of a 2013 EP of ’70s classic rock covers, titled Anthems. Shortly before the EP was released, Caggiano left the group, and he was replaced by Shadows Fall guitarist Jonathan Donais during live dates. In August, he officially became Anthrax’s lead guitarist.

The group began working on a new studio album in late 2013. A live DVD titled Chile on Hell appeared in 2014. The following year, they toured with Volbeat, whom Caggiano had joined after leaving Anthrax. The group’s 11th studio album, For All Kings, was released in February of 2016. Anthrax then toured with Iron Maiden, opening up for the metal legends during the Latin American leg of their Book of Souls World Tour. In 2018, the band released Kings Among Scotland, a concert film/album recorded on February 15, 2017 at Glasgow’s Barrowland Ballroom. To commemorate the band’s 40th anniversary, Anthrax staged a global livestream event in 2021 at the Los Angeles soundstage/studio where they performed a two-hour set of fan favorites and deep cuts. The concert/film XL, which included the entire performance, as well as rehearsal footage and a Scott Ian-led walking tour of formative New York locations, was released in 2022 by Nuclear Blast. ~ Stephen Thomas Erlewine & Greg Prato, Rovi 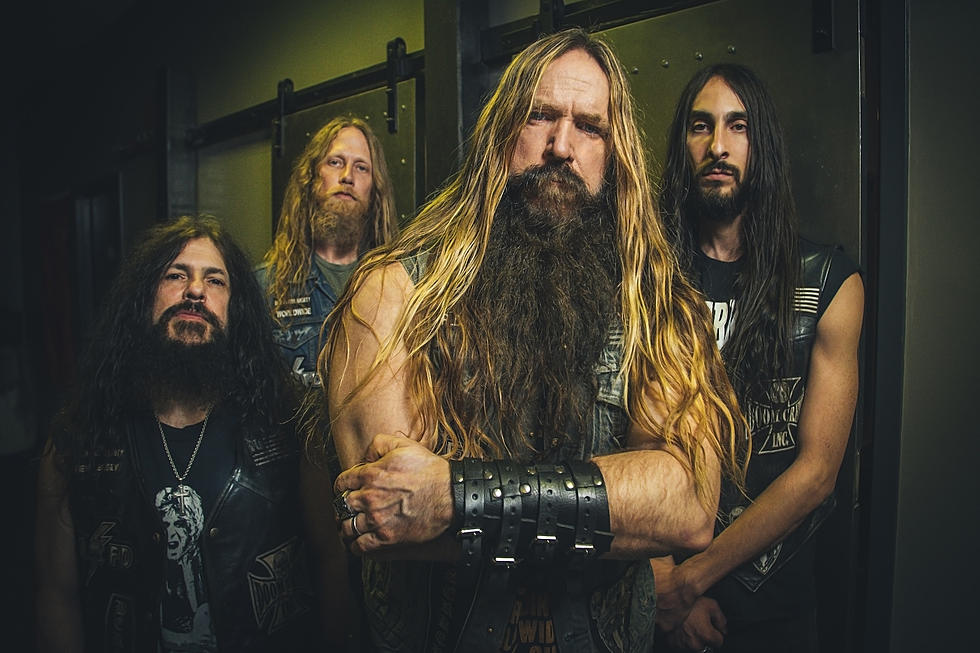 Black Label Society bandleader Zakk Wylde wields his guitar like a Viking weapon, bashing out thick riffage and squeezing out expressive squeals as if the glory of his Berserker brotherhood depends upon every single note, which of course, it does. Charismatic beast and consummate showman, Wylde puts his massive heart and earnest soul on display with unbridled, unchained, animalistic passion in Black Label Society, whether it’s a crushingly heavy blues-rock barnstormer or a piano-driven ode to a fallen brother. Each Black Label Society album is another opportunity to top the one before it, but like AC/DC or The Rolling Stones, BLS isn’t here to reinvent the wheel. If it ain’t broke, don’t fix it. It’s a brand we can trust. Mighty missives like Damn the Flood, In This River, Stillborn, My Dying Time, Queen of Sorrow and Blood Is Thicker Than Water have amassed millions of downloads and streams. They are the soundtracks to sweat soaked revelry, jubilant evenings that descend into bewildering mornings, and adrenaline fueled sports. Grimmest Hits, the band’s tenth full-length studio album and follow-up to Billboard Top 5 entries Catacombs of the Black Vatican (Deluxe) and Order Of The Black, Black Label Society submit new anthems like Room of Nightmares the bluesy Seasons Of Falter and Southern-fried The Day That Heaven Had Gone Away to the BLS faithful; 12 unstoppable tracks to add to that lifestyle soundtrack. 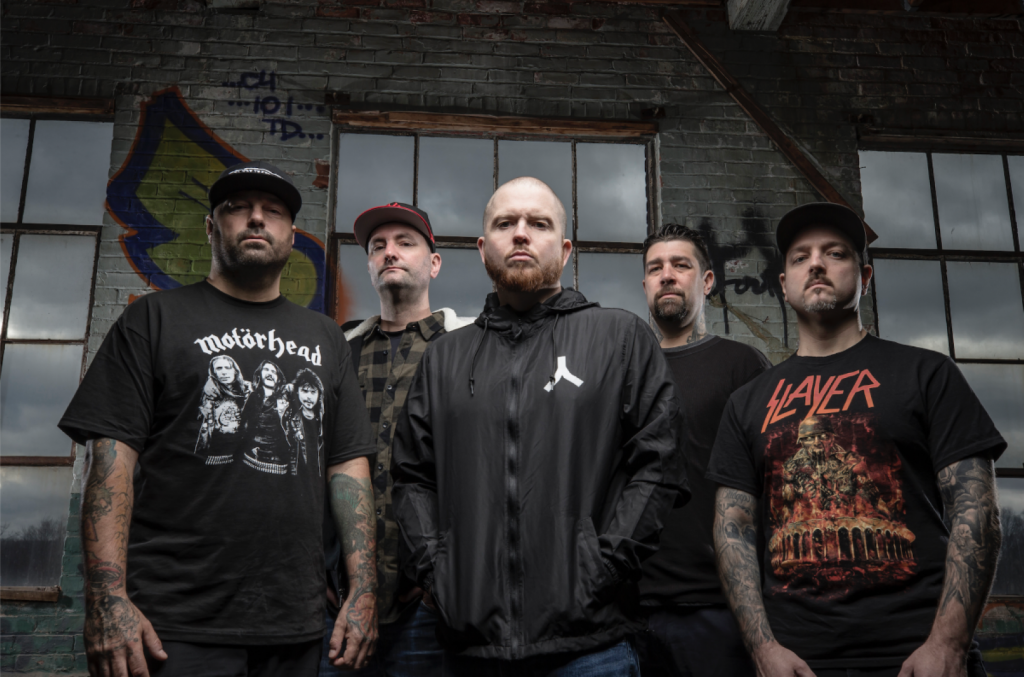 With unflinching tenacity, the impenetrable heavy metal hardcore factory that is HATEBREED has brought forth yet another iron cast, sonic weapon with Weight Of The False Self. It comes as no surprise that their eighth, full length album is the result of the usual sweat and blood that have cemented HATEBREED’s unique niche in the world of music for over two decades. Renowned for their ability to provide an intense and cathartic release for their fans, HATEBREED challenged their writing style through this album cycle in order to produce material that is exceptionally relatable in a contemporary world flooded with overstimulation, emotional dampening, and lack of social patience.A metaphorical weight is carried by almost every individual in regards to their emotional construct. Our experiences shape who we become and over time, gradually produce a heavy burden that we continue to lug along. For many of us, the weight becomes so much that we struggle to get out from underneath, let alone move. It is these struggles that are translated throughout Weight Of The False Self. Recording the album once more with the help of ZEUSS, the band experienced a sense of challenge and breakthrough that enabled them to obtain a new level of sound. After working with the band for several years, and while normally spending his time with bands that have a fairly different sound, Zeuss is able to test HATEBREED and expand their already infamous vibration.