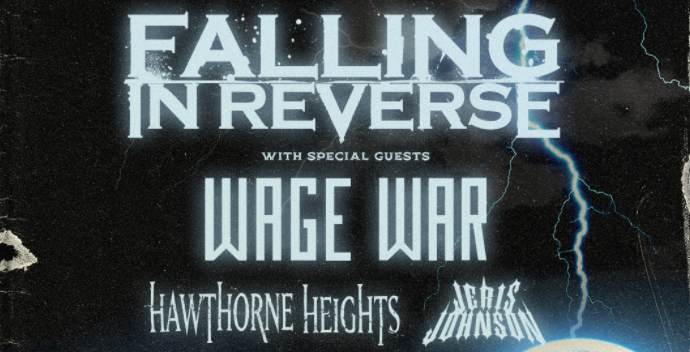 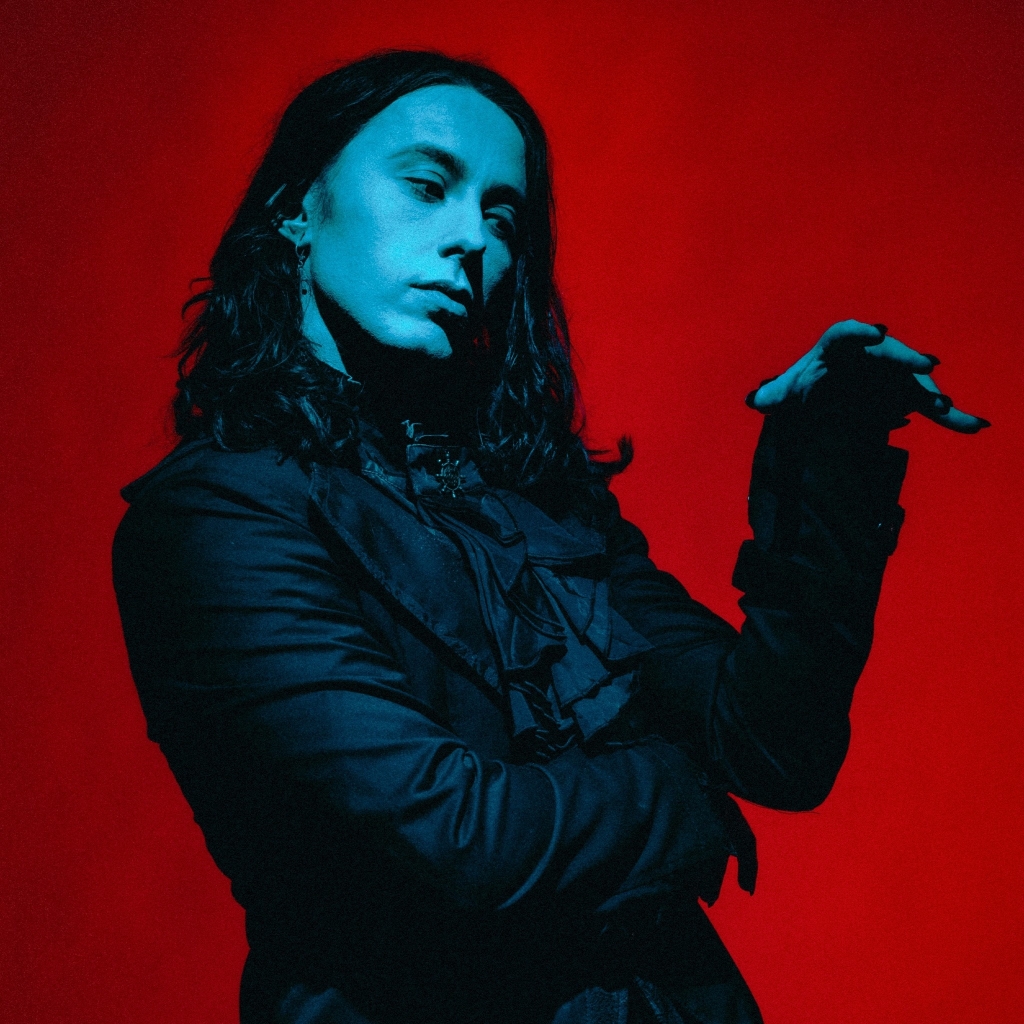 The fine line between genius and insanity, self-seriousness and self-deprecation, implosion and explosion: that is the phantom zone where FALLING IN REVERSE thrives.

Falling In Reverse founder, frontman, and Machiavellian heroic supervillan / villainous superhero Ronnie Radke is the walking, talking, breathing, spitting, screaming, singing, fighting, loving, hyper-confident, sensitive, and vulnerable embodiment of a generation’s id. He’s the ego and super-ego in the classic Freudian sense, “slipping” all over the place with vicious bite and playful innuendo. With his music, art, and life, he is the living embodiment of broken homes, the frustrated contradiction of self-destruction, and everyday single-minded defiance against a world gone mad.

COMING HOME is his latest reinvention, coming full-circle back to the start, reinvigorated as mad scientist conductor of soaring, transcendent, engaging alternative pop-rock with massive radio hooks and a still-beating heavy metal hardcore heart. “Broken,” “Loser,” “Hanging On,” “I Don’t Mind,” and “Coming Home” are shocking in their epic scope, vibrant authenticity, and unrelenting dedication to personal truth.

He shoved the world of Warped Tour kicking and screaming into the vintage decadence of the hard rock scene with the band he formed with his childhood best friend in Las Vegas. Then, even as countless bands followed in his wake, he was on the stylistic move, dominating the social media conversation and crowd sing-alongs with Falling In Reverse’s debut album, The Drug in Me is You, now based in Southern California.

As Revolver, Kerrang!, Alternative Press, and the rest of the rock and metal press anointed him the scene’s new king on the strength of playful self-examinations-turned-anthems like “Raised by Wolves,” “Tragic Magic,” and “I’m Not a Vampire,” Radke and his crew shook up conventions once again, dropping the ironically titled Fashionably Late years before the audience at large had any suspicions about what would hit ‘em.

What began as the “worst music video of all time” (according to media tastemaker VICE) turned into another 20 million YouTube views (for a band closing in on roughly 100 million views total) in “Alone.” Like many parts of the eclectic album, it’s a rap-metal hybrid with a forward thinking step into modern electro beats. Like the best of Radke’s work, the song serves as both hyper masculine anthem and anxiety confessional. The press and fans followed the band’s every move, documenting each twist and turn.

Just Like You mined similar territory with even more precision, from the title track to undeniable metalcore bangers like “Chemical Prisoner” and “Guillotine IV (The Final Chapter),” to the poppy crowd-mover “Sexy Drug,” and heartbreaking ballad, “Brother.”

Coming Home is the most focused Falling In Reverse album, thematically and artistically. Crafted once again with Michael “Elvis” Baskette (Alter Bridge, Slash, Trivium), who has worked on every one of Radke’s records going back to the now-classic debut album from Escape The Fate, the record sees the group at their most atmospheric. It’s the latest bold step for a frontman who has defined himself by a mixture of courage and vulnerability, of bravado and introspection. He’s tightened his personal inner circle and withdrawn from the antics of the past as he’s poured even more of himself into his art.

Coming Home is the album Radke dreamed about making as a kid, teaching himself to play guitar with Blink-182 and Green Day songs, rapping along to Dr. Dre and Eminem, skipping school, going to shows, and doing whatever it took to redefine his life beyond the hardscrabble circumstances of his upbringing, even when the obstacles were of his own design. Now it’s time to get Coming Home to as many people as possible.

FALLING IN REVERSE continues to champion the outsider, the cast aside, the underestimated, making music to empower and inspire life’s underdogs. 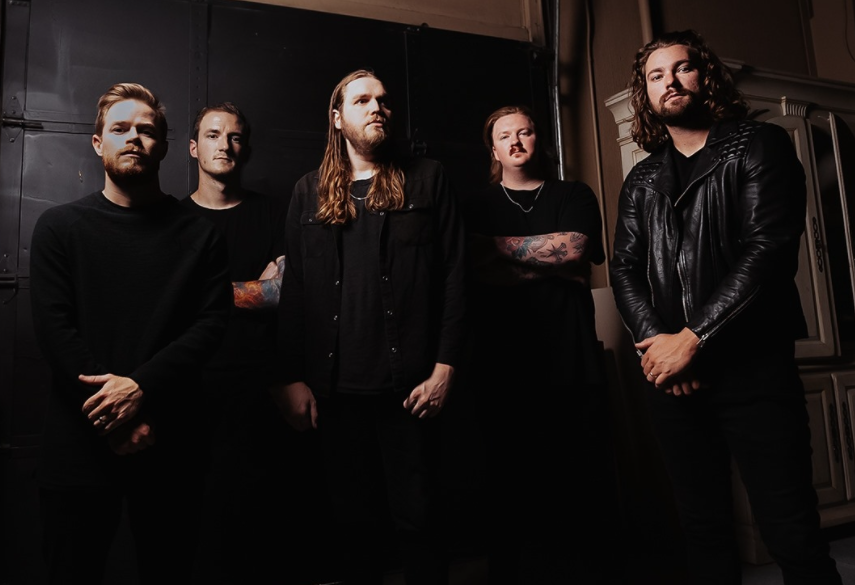 Through an unwavering dedication to progression, Wage War sharpen their patented hybrid of heavy pit-starting technicality and hummable hypnotic melodies with each subsequent evolution. Look no further than the aptly titled third full-length from the Florida quintet, Pressure [Fearless Records]. The band—Briton Bond [lead vocals], Cody Quistad [rhythm guitar, clean vocals], Seth Blake [lead guitar], Chris Gaylord [bass], and Stephen Kluesener [drums]—drove themselves to fully realize their ambition by pushing harder. A whirlwind four years set the foundation for such a statement. The group’s 2015 debut, Blueprints, yielded multiple fan favorites with “Alive” cracking 12 million Spotify streams and “The River” exceeding 8 million to date. Meanwhile, 2017’s Deadweight established the boys as a rising force. Totaling nearly 50 million cumulative streams in two years, the single “Stitch” racked up 14 million streams on Spotify as Deadweight received widespread praise from MetalInjection, New Noise, Metal Hammer, and Rock Sound who dubbed it, “a relentless, genre-evolving treat.” Meanwhile, they toured alongside everyone from I Prevail and Of Mice & Men to Parkway Drive and A Day To Remember, logging countless miles on the road. In order to approach their next evolution from a different angle, Wage War enlisted the talents of producer Drew Fulk (Motionless in White, Lil Peep, IDKHOW)and recorded in Los Angeles for the first time, delivering a bold body of work. 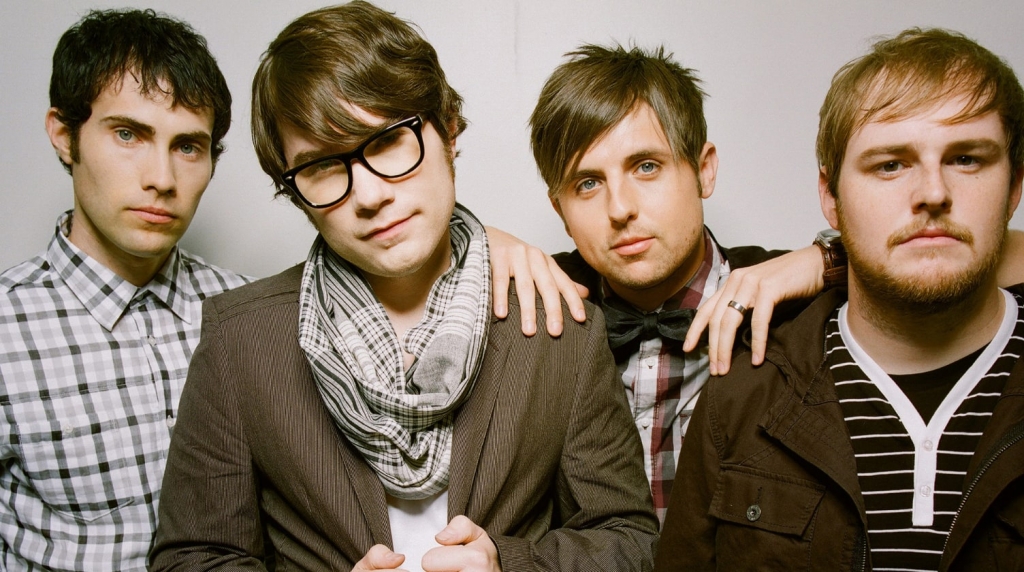 “I couldn’t sleep at all while making this record,” admits HAWTHORNE HEIGHTS frontman JT Woodruff of his band’s eighth full-length, THE RAIN JUST FOLLOWS ME, out September 10, 2021 on Pure Noise Recs. “It was an 18-year breakdown in the making.”

Throughout their long and storied career as one of the most iconic emo acts of the new millennium, the quartet have overcome obstacles at every turn – but these roadblocks always seemed to come from external forces, unscrupulous record labels & the shifting whims of fickle audiences to unimaginable personal tragedy threatening to derail them.

Despite the odds, Hawthorne Heights have overcome: earning two Gold albums (’04’s The Silence In Black And White and ’06’s If Only You Were Lonely), penning some of the genre’s most well-known songs (“Ohio Is For Lovers,” “Saying Sorry”), & remaining a touring act nearly two decades after forming in Dayton, Ohio.

“Are we a heavy band with melodic vocals, or are we a pop-punk band with screaming?” he asks rhetorically. “What we realized was we were separating the songs more than we realized. On one side, we had killer pop-punk songs, on the other there were super-heavy songs. At its core, Hawthorne Heights is both of those things.”

It was this moment that cements THE RAIN JUST FOLLOWS ME as an essential entry into the band’s discography, as the group adroitly swerve between soaring pop melodies and caustic breakdowns with little warning – keeping audiences, & even themselves, guessing. 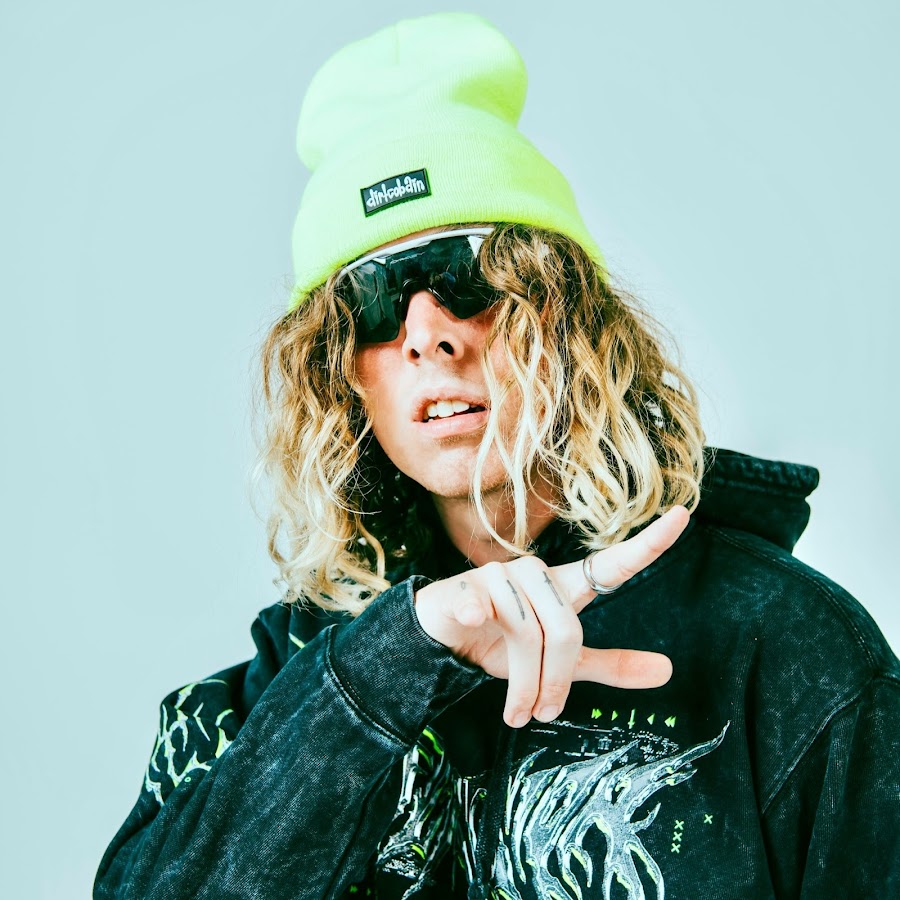 For Jeris Johnson, music is quite literally in his blood. Jeris’ parents are both musical, his dad a drummer and his mom a singer, who met while playing in bands. Jeris grew up surrounded by music, and his parents’ unwavering support of his musical aspirations bred a lasting love and passion for music. Music was always second-nature, and Jeris began playing the piano and the drums at the early age of two. At the age of 13, Jeris began rock band camps where he was able to hone his skills as a vocalist and drummer. It was through this experience that he met his future bandmates and decided music was what he was going to do for the rest of his life. Jeris spent his high school years in his metal band, Audiophobia as a vocalist and drummer. Once the band went their separate ways, Jeris was ready to pave his own musical path. Yearning for his own license on creativity, Jeris quickly realized he needed the skillset and software capability to create his own unique sound. It was during these formative years, while Jeris taught himself how to produce, that he also fell in love with the angst and aggression of ‘Soundcloud rap’. With influences stemming from Ski Mask The Slump God and XXXTentacion, Jeris began to meld the chaotic energy of Soundcloud rap with the grit of alternative rock creating a sonic melting-pot that would become his signature sound. At 21 years old, Jeris began traveling to LA to perfect his sound. In 2020, Jeris released his most recent single “Damn!”.