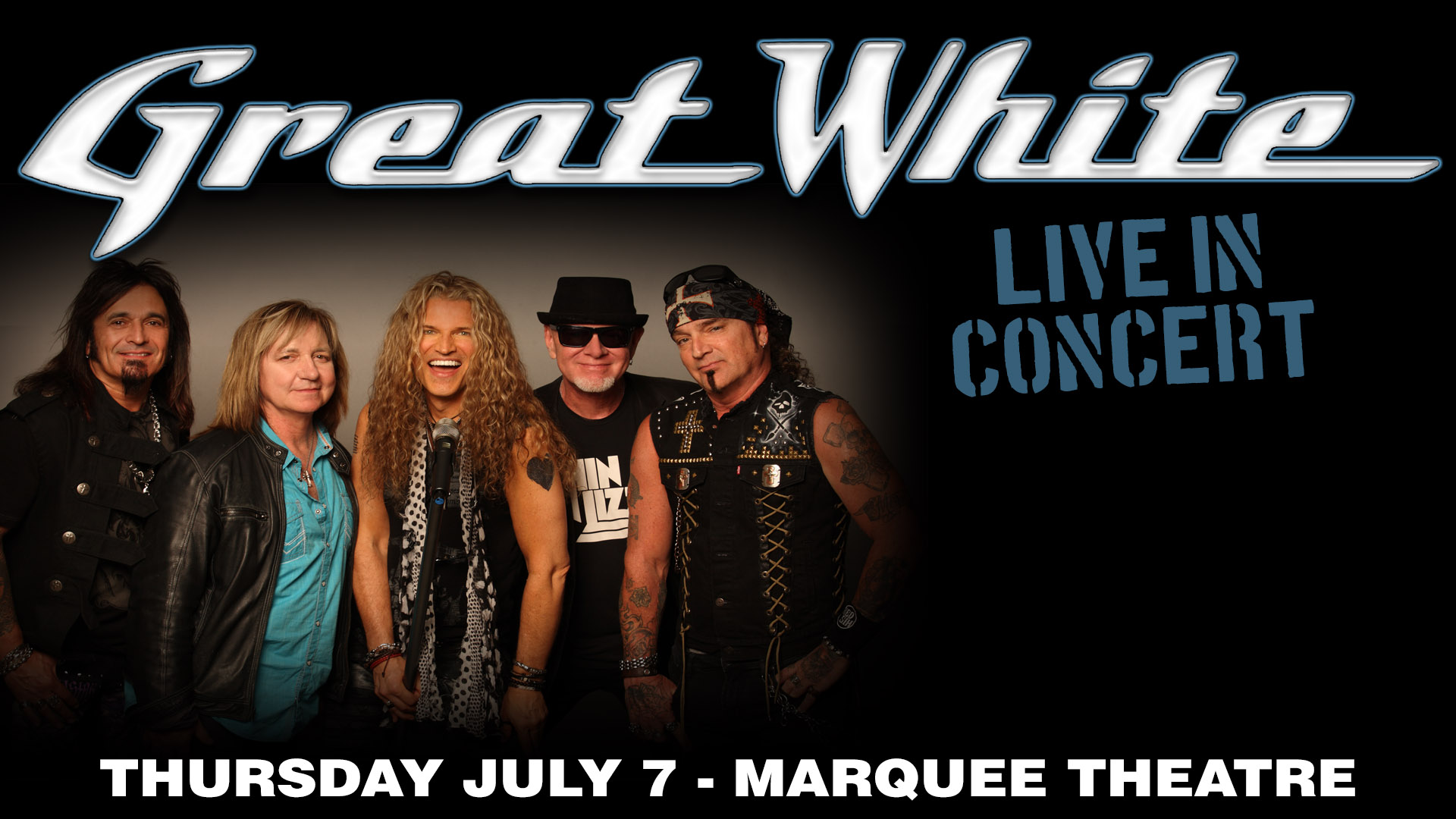 Great White emerged in the early 1980s with a sound rooted in the bluesy hard rock esthetic of classic rock radio behemoths like Led Zeppelin, AC/DC, and Mott the Hoople. They found success in 1987 with the release of their sophomore long-player, Once Bitten, and dove headfirst into the mainstream in 1989 with the arrival of …Twice Shy, which went double-platinum thanks to a punchy, radio-ready cover of Ian Hunter‘s “Once Bitten, Twice Shy.” Great White’s popularity waned as grunge, and alternative rock took over the airwaves in the early ’90s, and they officially disbanded in 2001. They reunited in 2003 and made headlines when pyrotechnics used by the band sparked a fire in a Rhode Island nightclub, killing 100 people, including guitarist Ty Longley. They re-formed around the classic lineup in 2007 and released Back to the Rhythm, with Rising appearing two years later, but they soon splintered into two groups, with Russell leading Jack Russell’s Great White and guitarist and co-founder Mark Kendall fronting Great White proper.

Formed in the early ’80s by vocalist Jack Russell and guitarist Mark Kendall, Great White were regulars of the L.A. club scene, playing their Led Zeppelin– and AC/DC-influenced metal to a quickly growing fan base. Local radio play and more gigging helped sell 20,000 copies of their independent releases, the Out of the Night EP and the full-length Shot in the Dark, both released in 1983.

The EMI label took notice, signed the band, and released their self-titled, major-label debut a year later. Shot in the Dark would be reissued by the label in 1987, the same year as the new album Once Bitten… appeared with the hit single “Rock Me.” The release went platinum, but 1989’s …Twice Shy took things even further thanks in no small part to the massive success of the single “Once Bitten Twice Shy,” a cover of a Mott the Hoople song written by Mott member Ian Hunter.

Long tours with Ratt and a co-headlined tour with Tesla kept Great White out of the studio until 1991, when the polished Hooked appeared with two different album covers, one a provocative side shot of a mermaid hanging off an anchor in midair and one less scandalous with the mermaid still submerged. Hooked went gold, while their 1992 follow-up, Psycho City, sold less, leading to EMI saying goodbye to the band with the 1993 compilation The Best of Great White.

Sail Away from 1994 found the group on Zoo, while 1996’s Let It Rock was released by Imago. A live set of cover tunes featuring the work of their favorite band appeared as Great Zeppelin: A Tribute to Led Zeppelin, released by Cleopatra in 1999. That same year, Can’t Get There from Here on the Portrait label gave fans their first taste of Russell‘s new writing partnership with longtime friend and former Night Ranger member Jack Blades. Another set of covers formed the 2002 Cleopatra album Recover, but this time the choices were surprising, with the Cult‘s “Love Removal Machine” and X‘s “Burning House of Love” getting the Great White treatment.

Forgotten by the mainstream, Great White were brought back into the limelight when pyrotechnics used by the band sparked a fire in a Rhode Island nightclub on February 20, 2003, killing 100 people, including the group’s guitarist, Ty Longley. The 2004 reissue of Recover drew some media attention, since the Horizon label had given it a new and now morbid title, Burning House of Love. Trials concerning the fire continued on into 2006 as questions about who authorized the pyrotechnics were being investigated. The band spent the rest of the year touring and playing some benefit concerts for victims of the fire. In early 2007, they began celebrating their 25th anniversary with some West Coast shows that were tied to the release of VH1 Classic Presents: Metal Mania – Stripped, Vol. 3, and in the summer they released a new studio album, Back to the Rhythm, with the original core lineup. 2009 saw the release of Rising, which would be the last Great White outing to include Russell, who elected to start up his own version of the group under the moniker Jack Russell’s Great White.

Vocalist Terry Ilous was brought in to replace Russell shortly thereafter, and he made his studio debut on 2012’s generally well-received Elation. In 2017, the band issued the aptly named Full Circle, which saw them reuniting with producer Michael Wagener (Metallica, Ozzy Osbourne, Alice Cooper), who helmed their 1984 debut. That same year, Jack Russell’s Great White released their debut album, He Saw It Comin’, which was followed by the stripped-down Once Bitten Acoustic Bytes in 2020. ~ James Christopher Monger & David Jeffries, Rovi