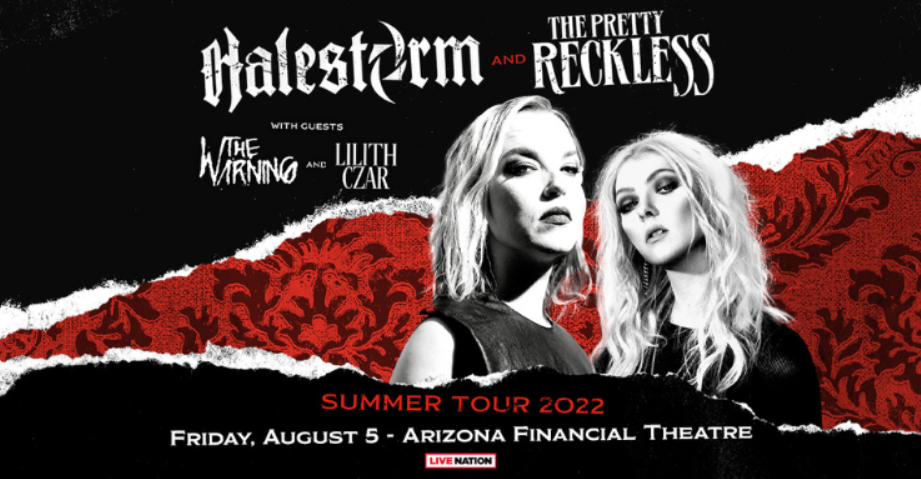 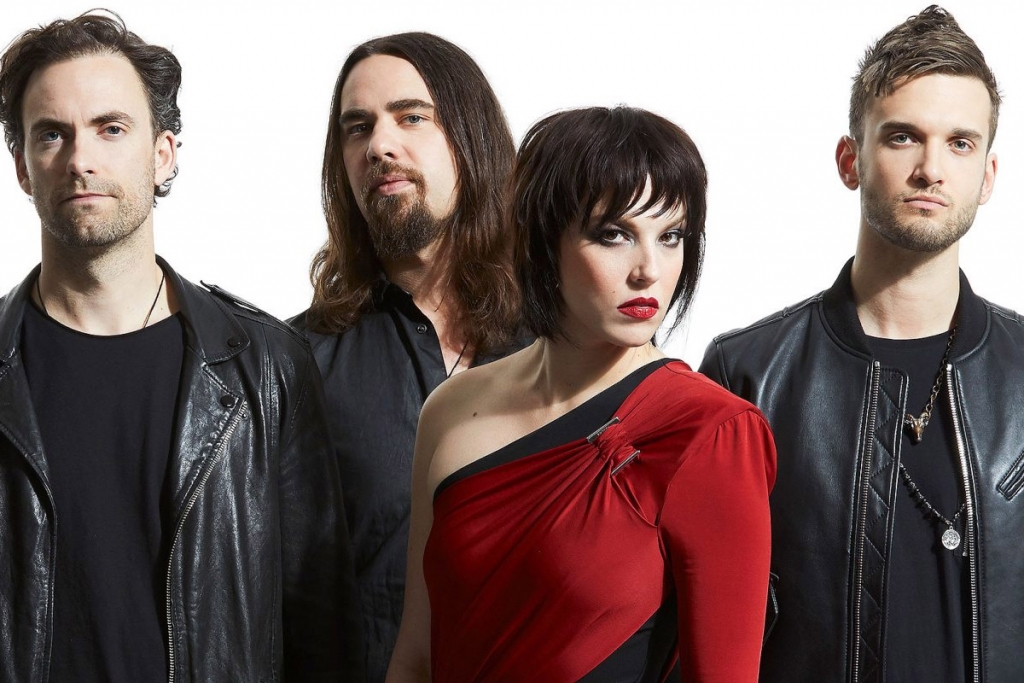 Led by charismatic vocalist/guitarist Lzzy Hale, Pennsylvania-based post-grunge/metal quartet Halestorm have become one of the most successful hard rock groups of the early 21st century. With an aggressive yet hook-heavy sound that has become a fixture of American rock radio, Halestorm have toured restlessly, playing hundreds of shows per year and sharing the stage with nearly all of the popular American hard rock acts of their era. In 2013, the band took home a Grammy Award for Best Hard Rock/Metal Performance for the single “Love Bites (So Do I),” which appeared on their sophomore studio effort, The Strange Case Of…. Subsequent efforts Into the Wild Life (2015), Vicious (2018), and Back from the Dead (2022) have shown the group to be equally adept at muscular hard rockers and piano-driven power ballads, and their sound has branched out to include elements of dance music and pop-country.

Siblings Elizabeth and Arejay Hale, the core members of Halestorm, formed the group in late 1997 near York, Pennsylvania, with Arejay on drums and Elizabeth on vocals and keyboard. Wanting to expand their sound, the duo invited their father, Roger, to play bass with the band. Shortly after their first professional gig in 1998 at the Blue Mountain Coffee House in Hershey, Pennsylvania, Halestorm added various guitar players and released an EP, 1999’s (Don’t Mess with The) Time Man. More lineup changes occurred, but Halestorm finally solidified with Elizabeth (who was by then going by Lzzy) on vocals and guitar, Josh Smith on bass, Arejay on drums, and Joe Hottinger on guitar. The band caught the attention of producer David Ivory as well as Atlantic Records — both were involved in the group’s major-label debut, 2006’s One and Done, a five-song EP recorded live at a show in Philadelphia. They would finally make their full-length studio debut in 2009 with the eponymous Halestorm, all the while maintaining a rigorous touring schedule that would see them playing upwards of 250 shows a year.

The following year, Halestorm released the concert recording Live in Philly 2010, and Reanimate: The Covers EP appeared in 2011, featuring the band’s takes on songs by Heart, Guns N’ Roses, and Lady Gaga. Their sophomore album, The Strange Case Of…, followed in 2012, and the single “Love Bites (So Do I)” earned the group a Grammy Award for Best Hard Rock/Metal Performance. Reanimate 2.0 was released in 2013, this time finding the band tackling Fleetwood Mac, Daft Punk, and Marilyn Manson. Halestorm’s eclectic third studio long-player, the Jay Joyce-produced Into the Wild Life, was released in April 2015, and was preceded by the single “Apocalyptic.” The live EP Into the Wild Live: Chicago arrived in 2016, followed in early 2017 by their third covers set, Reanimate 3.0, which featured songs by Whitesnake, Metallica, and Soundgarden. Vicious, the band’s fourth studio long-player, followed in July 2018 and earned the group a Best Rock Performance Grammy nomination for the single “Uncomfortable.” 2020 saw Halestorm issue Reimagined, a six-song EP that featured stripped-down versions of five fan favorites and a cover of “I Will Always Love You.” Two years later, they unveiled their fifth long-player, Back from the Dead. Produced by Nick Raskulinecz with co-production by Scott Stevens, the 11-song set included “The Steeple” and “Back from the Dead,” the latter of which became Halestorm’s sixth single to reach number one on the Active Rock charts. ~ Marisa Brown, Rovi 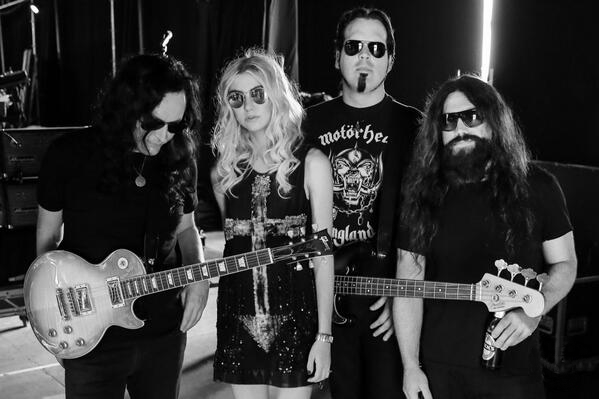 Formed in New York City during 2008, The Pretty Reckless and late producer Kato Khandwala initially made waves with their 2010 debut, Light Me Up. After countless gigs, the band returned with Going To Hell in 2014. Not only did the record crash the Top 5 of the Billboard Top 200, but it also ignited three #1 hits—the gold-certified “Heaven Knows” (the biggest rock song of 2014), “Fucked Up World,” and “Follow Me Down”—a feat that had not been accomplished by a female-fronted group since The Pretenders in 1984. Meanwhile, their third offering, Who You Selling For, saw them return to #1 on the Mainstream Rock Songs Chart with “Take Me Down,” which cemented them as “the first band to send its first four singles to #1 on the chart,” according to Billboard. Praise followed from Vogue, Nylon, and more as the quartet lit up television shows such as Letterman and Conan. With over half-a-billion streams, they headlined countless sold out shows and toured with Guns N’ Roses and many other heavy hitters. 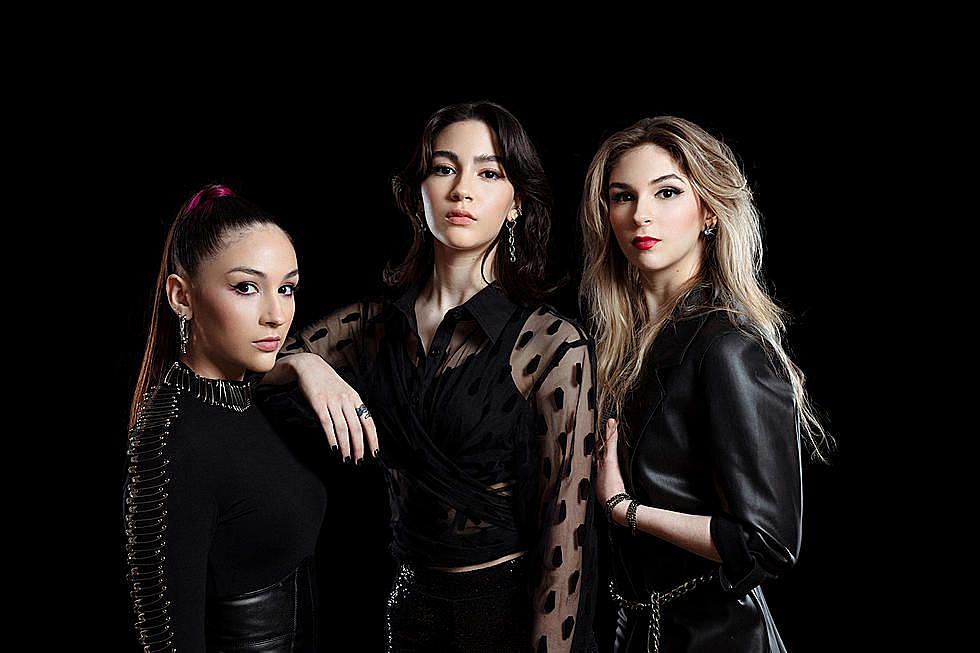 The Warning infuse rock music with a much-needed shot of adrenaline. The Monterrey, Mexico trio of sisters—Daniela “Dany” [guitar, lead vocals], Paulina “Pau” [drums, vocals, piano], and Alejandra “Ale” Villarreal [bass, piano, backing vocals]—charge forward with head-spinning riffs, unpredictable rhythms, stadium-size beats, and skyscraping vocals. They stand out as the rare presence equally at home on network television and on stage at Heaven & Hell Festival. After exploding online with one viral moment after another, The Warning parlayed this momentum into a series of independent releases, including Escape the Mind EP [2015], XXI Century Blood [2017], and Queen of the Murder Scene [2019]. They graced a stacked bill at Mother of All Rock Festival as the only Mexican band and opened up two sold out Monterrey shows for The Killers and for Def Leppard in Mexico City and Guadalajara. After quietly amassing over 120 million YouTube views and 10 million streams, they’ve already surged to the forefront of hard rock on their LAVA Records debut single “CHOKE” which Right out of the gate, “CHOKE” cracked 1 million-plus streams. 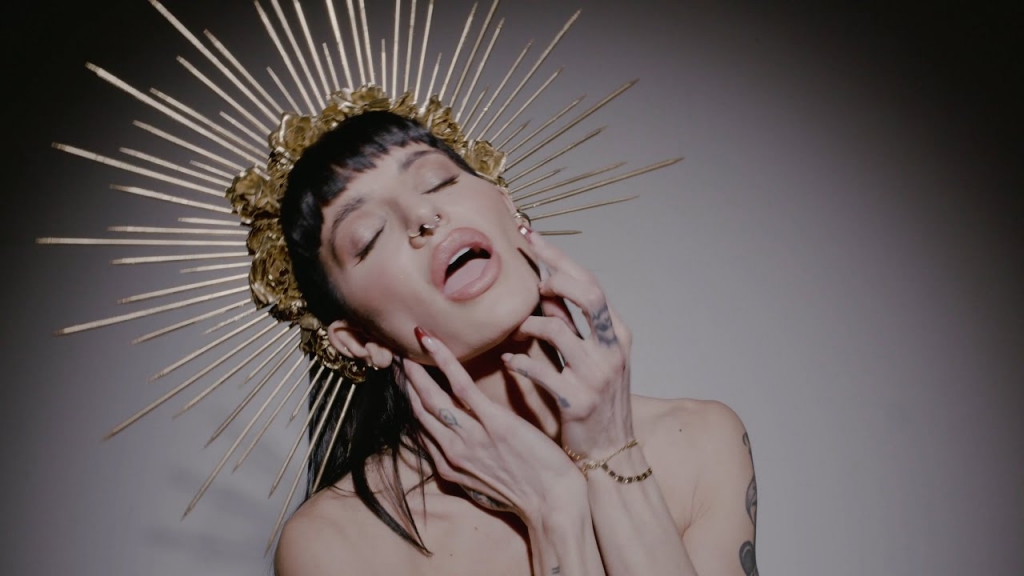 Lilith Czar arrives with the force of an otherworldly thunder, arising in visceral rebirth from an untimely grave of surrender and sacrifice. Her voice is the sound of supernatural determination, summoned with a confessional vulnerability and unapologetic authenticity. The girl who was Juliet Simms – her dreams discouraged and dismissed, her identity confined and controlled – is no more. In her place stands Lilith Czar, a new vessel forged in unbridled willpower and unashamed desire.

Her motivation is simple: if it’s truly a man’s world? She wants to be King.

Created from Filth and Dust, the debut album from Lilith Czar, is an evocative invitation into her bold new world. It’s aggressive music with warm accessibility; huge hooks with driving hard rock—the new larger-than-life icon channels the fierce combativeness of Fiona Apple and Stevie Nicks’ seductive witchery. Lilith Czar arms herself with sonic power, theatricality, and confidence. It’s a sound where the pulse of Nine Inch Nails, Halestorm’s songcraft, and the libertine spirit of David Bowie converge, all in service of a ritualistic ache for a more just and equitable world.