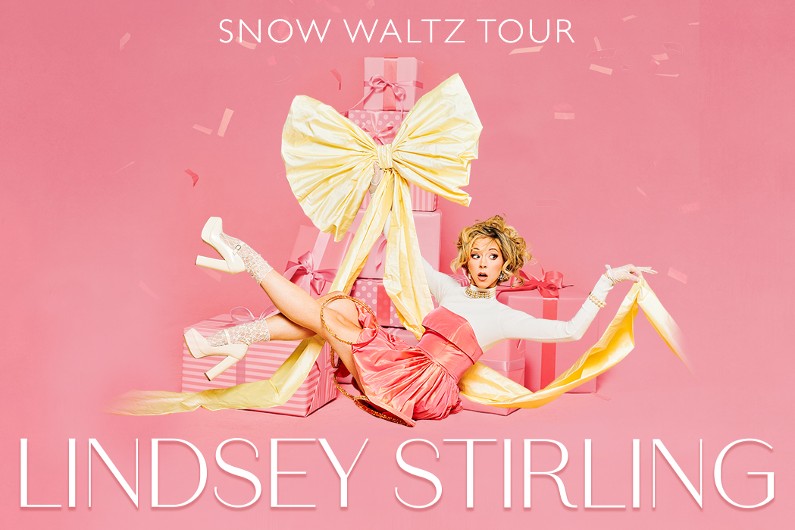 Lindsey Stirling remains fearless enough to always dream big. In the near decade since the release of her 2012 self-titled debut, the electronic violinist, dancer, and artist has quietly and humbly become one of the 21st century’s most innovative stars. Her groundbreaking vision of cinematic violin-driven electronic music has gained her millions of adoring fans worldwide, four Billboard chart topping albums, a RIAA Gold certification for her sophomore opus Shatter Me , and two Billboard music awards. Having amassed over 12.5 million subscribers and 3 billion views on YouTube, Forbes placed her at #4 on its 2015 World’s Top-Earning YouTube Stars list, making her the highest-ranked female. The multi-hyphenate was also runner-up on the 25th season of ABC’s Dancing with the Stars. Stirling’s first holiday collection, Warmer In The Winter (Deluxe Edition), closed out 2017 as the best-selling holiday album of the year. In addition, her single “Carol of the Bells” is still the only instrumental song to ever reach the Top 10 at AC Radio. Her highly anticipated fifth-studio album, Artemis, released in 2019 to critical acclaim and debuted at #1 on the Dance/Electronic Album Chart. In the wake of the cancellation of her 2020 tours due to COVID-19, Lindsey funded and directed a virtual livestream concert that received over 100,00 unique viewers. She started the 2021 year with the release of Lose You Now, a single featuring Artist/Producer Mako that reflects on loss.