This milestone, for the company and nascent self-driving technology industry, comes with caveats.

The Waymo One self-driving car service, and accompanying app, won’t be available to just anyone. And for now, the company says it will have Waymo-trained test drivers behind the wheel (even though the company already has driverless vehicles on public roads in Phoenix). 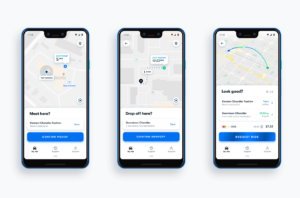 Waymo will invite some of the early riders to move over to the Waymo One service. The company will continue to operate the early rider program as a way for a select group to give Waymo ongoing insights, according to CEO John Krafcik.

“They’ll help test early features before graduating to Waymo One where new capabilities can be accessed at scale by the public over time,” he wrote in blog post on Medium.

Despite these confinements, Waymo One is progress and signals the company’s ramp up to a broader service open to the public.

The service will be available in a defined area in Phoenix 24 hours a day, 7 days a week beginning inn Chandler, Tempe, Mesa, and Gilbert, the company said. The service will slowly expand into new neighborhoods and suburbs in the greater Phoenix area over time.

Riders will see price estimates before they accept the trip based on factors like the time and distance to their destination.

Riders will be able to ask questions through the app or an in-car console that gives them instant access to a Waymo employee.

Here’s a video that markets the service.

Waymo has been inching toward a commercial service in Phoenix since it began testing in self-driving Chrysler Pacifica minivans in suburbs like Chandler in 2016 and the expanded the following year with its early rider program. Waymo removed employees and passengers from its test fleet in 2017, sending empty self-driving minivans onto the streets of greater Phoenix.

By May of this year, Waymo began allowing some early riders to hail a self-driving minivan without a human test driver behind the wheel. More recently, the company launched a public transit program in Phoenix focused on delivering people to bus stops and train and light-rail stations.

In October, Waymo has granted the first permit in California to begin driverless testing on public roads.