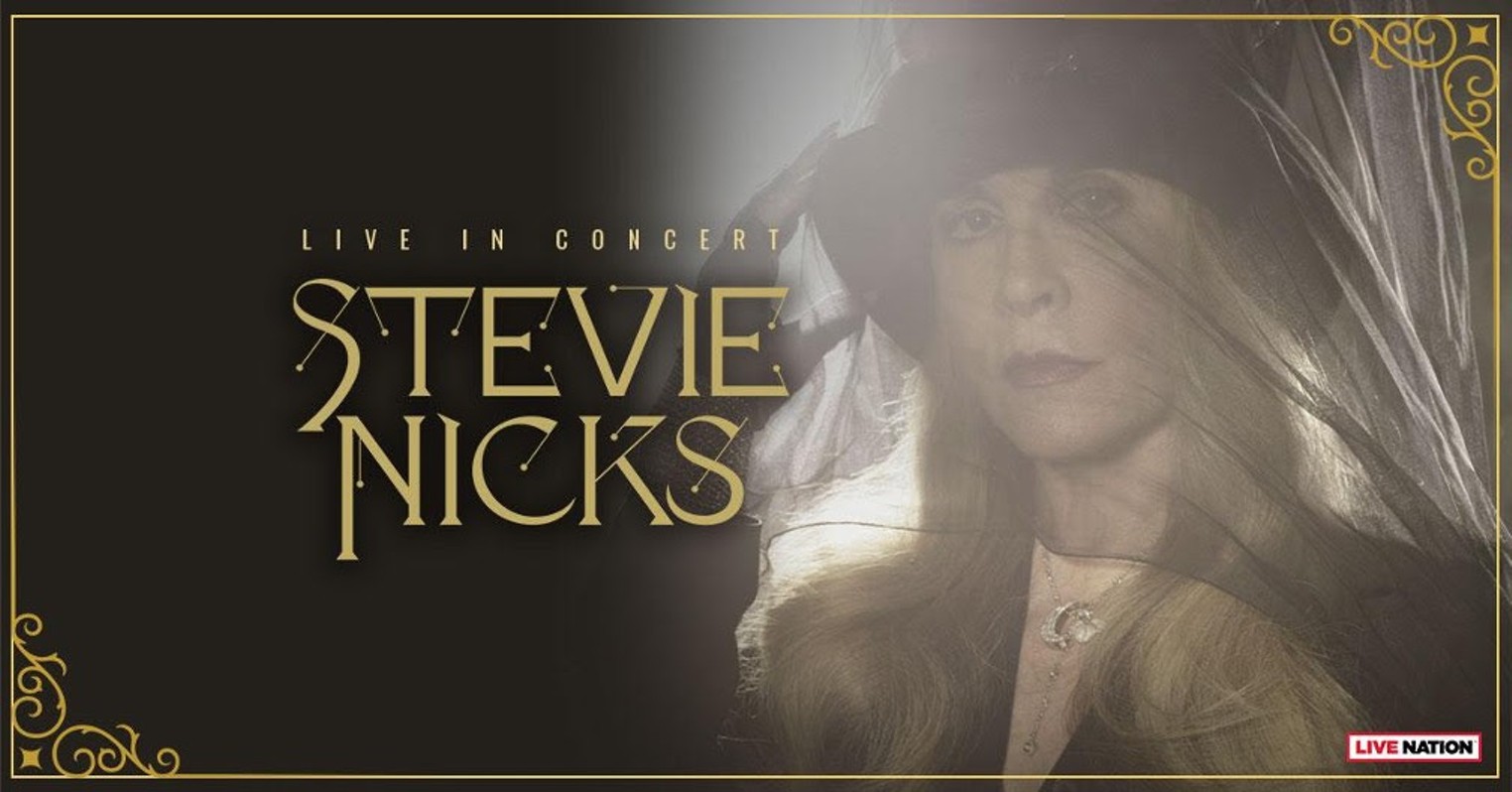 Famed for her mystical chanteuse image, singer/songwriter Stevie Nicks enjoyed phenomenal success not only as a solo artist but also as a key member of Fleetwood Mac. Possessed of a raspy croon, Nicks had a duo with Lindsey Buckingham in the early ’70s, releasing an excellent folk-pop album as Buckingham Nicks before the pair were absorbed into veteran U.K. group Fleetwood Mac. Nicks’ and Buckingham‘s talents helped steer the band to superstardom with the enormous hit albums Fleetwood Mac and Rumours. In the ’80s, Nicks ventured out on her own, scoring numerous hit singles and ultimately leaving the band. In the late ’90s, however, she reunited with her Fleetwood friends, who began performing and recording with renewed vigor.

Stephanie Lynn Nicks was born May 26, 1948, in Phoenix, Arizona; the granddaughter of a frustrated country singer, she began performing at the age of four, and occasionally sang at the tavern owned by her parents. Nicks started writing songs in her midteens, and joined her first group, the Changing Times, while attending high school in California.

During her senior year, Nicks met fellow student Lindsey Buckingham, with whom she formed the band Fritz along with friends Javier Pacheco and Calvin Roper. Between 1968 and 1971, the group became a popular attraction on the West Coast music scene, opening for Jimi Hendrix, Janis Joplin, and Creedence Clearwater Revival. Ultimately, tensions arose over the amount of attention paid by fans to Nicks’ pouty allure, and after three years Fritz disbanded; Buckingham remained her partner, however, and they soon became a romantic couple.

After moving to Los Angeles, the duo recorded its 1973 debut LP, Buckingham Nicks. Despite a cover that featured the couple nude, the album flopped, but it caught the attention of the members of Fleetwood Mac, who invited Buckingham and Nicks to join their ranks in 1974. In quick time, the revitalized group achieved unparalleled success: after the LP Fleetwood Mac topped the charts in 1975, the band recorded 1977’s Rumours, which sold over 17 million copies and stood for several years as the best-selling album of all time.

Major hit singles like “Dreams” and “Rhiannon” made Nicks a focal point of Fleetwood Mac, and in 1981 she took time off from the group to record her solo debut, Bella Donna, which hit number one on the strength of the Top 20 hits “Stop Draggin’ My Heart Around” (a duet with Tom Petty & the Heartbreakers), “Leather and Lace” (a duet with Don Henley), and “Edge of Seventeen (Just Like the White Winged Dove).” After a return to Fleetwood Mac for the 1982 album Mirage (which featured her hit “Gypsy”), Nicks released her second solo effort, The Wild Heart, highlighted by the Top Five smash “Stand Back.” Rock a Little, which featured the single “Talk to Me,” followed in 1985.

After a long hiatus (during which time Nicks was treated for a chemical dependency problem), Fleetwood Mac reunited for the album Tango in the Night; The Other Side of the Mirror, Nicks’ first solo record in four years, followed in 1989. After a series of lineup changes and dropping sales figures, she left Fleetwood Mac in 1993 and issued Street Angel a year later. In 1997, she rejoined the reunited Fleetwood Mac on tour and on the album The Dance. In 1998 Nicks, along with her Fleetwood Mac bandmates, was inducted into the Rock and Roll Hall of Fame, the same year that her three-disc Enchanted box set landed in stores.

Nicks returned to the studio in 2001 with friends Macy Gray, Sarah McLachlan, Sheryl Crow, and Dixie Chick Natalie Maines for the solo album Trouble in Shangri-La, and again in 2003 for the Fleetwood Mac reunion album Say You Will. Reprise released the CD/DVD Crystal Visions: The Very Best of Stevie Nicks in 2007, but it wasn’t until 2011 — almost a decade to the day after Trouble in Shangri-La’s release — that Nicks returned with a new solo album. Produced by Dave Stewart and Glen Ballard, In Your Dreams found her singing a mix of Bob Dylan-inspired folk songs, Italian love ballads, and rock anthems. In Your Dreams debuted at six on Billboard’s Top 200 and generated an adult contemporary hit in “Secret Love.” Nicks rejoined Fleetwood Mac in 2013 for the Extended Play release and a reunion tour that eventually blossomed into a full reunion with Christine McVie. In 2014, Nicks released 24 Karat Gold: Songs from the Vault, a collection of newly recorded versions of old songs; it debuted at seven on the Billboard charts. In 2015, she continued to tour with the reunited Fleetwood Mac and the following year her first two albums, Bella Donna and The Wild Heart, were given deluxe reissues.

In 2016 and 2017, Nicks toured with the Pretenders. As Fleetwood Mac was gearing up for a 50th Anniversary tour in 2018, the group parted ways with Lindsey Buckingham, replacing him with Neil Finn and Mike Campbell. Nicks was inducted into the Rock & Roll Hall of Fame as a solo act in 2019, making her the first woman to be inducted twice. To accompany her induction, Rhino/WMG released the anthology Stand Back: 1981-2017. In October 2020, she released the song “Show Them the Way,” which featured contributions from Dave Grohl and Dave Stewart. ~ Jason Ankeny, Rovi 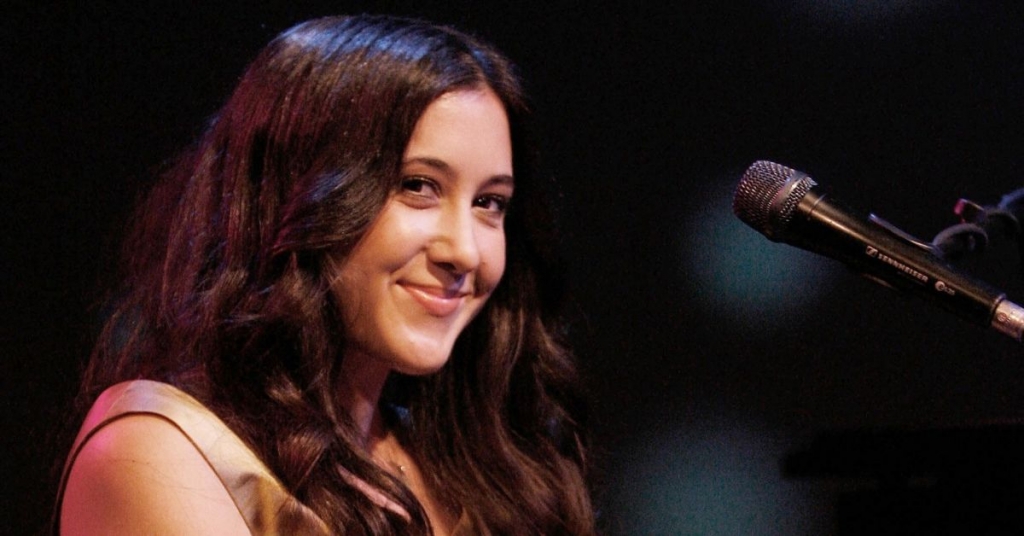 “Always building up, falling apart. Love is an art,” sings Vanessa Carlton on the title track of her sixth album, Love Is An Art. Like the record itself, the song is a meditation on the eternal seesaw that is human connection: the push, the pull, the balance, the bottoming out. It’s that constantly evolving nature of love, expectations and compassion that Carlton analyzes from all angles on Love Is An Art, from romantic, to parental, to the friends that hold us up and the leaders that repeatedly let us down. And on tracks like the album’s opener, “I Can’t Stay the Same,” that also includes the relationship with the person staring back at us in the mirror, each and every morning.

Produced by Dave Fridmann (MGMT, Flaming Lips), Love Is An Art finds Carlton reckoning with toxic relationships (the confessional “Miner’s Canary”), eternal partnership (“Companion Star”) and the children who fill the world with love and grace while politicians fill their pockets (the passionate “Die, Dinosaur,” written after the shootings in Parkland, Florida). And true to Carlton’s skill as both a lyricist and an instrumentalist, the arrangements on Love Is An Art tell these tales as vibrantly as the words themselves: piano parts that speak of rage and tenderness, synths that burst and glow like dawn.